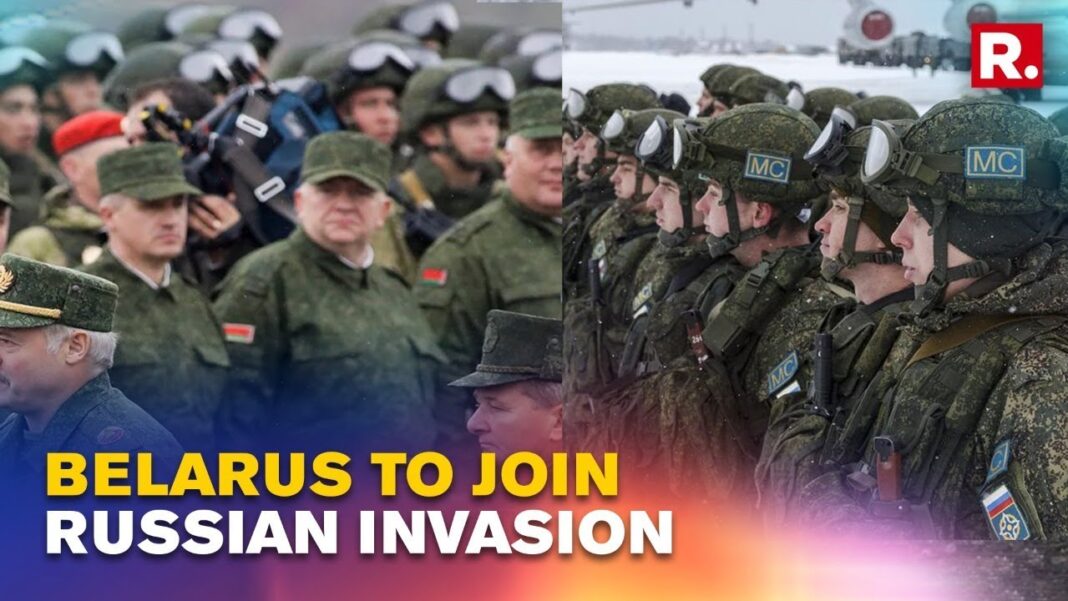 Ukraine’s Ministry of Defense on Sunday claimed that Belarus is preparing its military to invade Ukraine before warning Belarusian President Alexander Lukashenko, an ally of Russian President Vladimir Putin.

There are “signs of preparation” that Belarus will carry out the “direct invasion of the territory of Ukraine,” the Defense Ministry wrote on social media, according to a translation. It did not provide evidence for its claim, nor did it provide other details.

“The direct involvement of Belarusian troops in Russia’s armed aggression against Ukraine, against the will of ordinary soldiers and the vast majority of the Belarusian people, will be a fatal mistake for Alexander Lukashenko,” the ministry added.

Officials in Belarus have not issued a public comment in response to Ukraine’s allegations.

Belarus shares a lengthy border with Ukraine. Russian forces were seen amassing in Belarus in the weeks leading up to the start of the conflict on Feb. 24, although so far, it appears no Belarussian forces have been deployed in Ukraine.

Lukashenko said last week that his country had intercepted a missile that was fired from Ukraine, claiming the move is an attempt to draw his country into the conflict.

“I warned you that they would push us into this operation, into this war,” Lukashenko told Belarusian soldiers via state news agency BelTA.

“There’s nothing for us to do there, and we haven’t been invited,” Lukashenko was quoted as saying by the outlet, reported Reuters. “I want to emphasize again … We are not going to become involved in this operation that Russia is conducting in Ukraine.”

Over the weekend, Lukashenko, who has ruled Belarus since the early 1990s, praised Putin in an interview with Japanese broadcaster TBS. Lukashenko, who once kept his distance from the Kremlin, is now one of Putin’s closest allies.

“He and I haven’t only met as heads of state, we’re on friendly terms,” Lukashenko said. “I’m absolutely privy to all his details, as far as possible, both state and personal.”

He continued to say that “Putin is absolutely fit, he’s in better shape than ever … this is a completely sane, healthy person, physically healthy—he’s an athlete.”