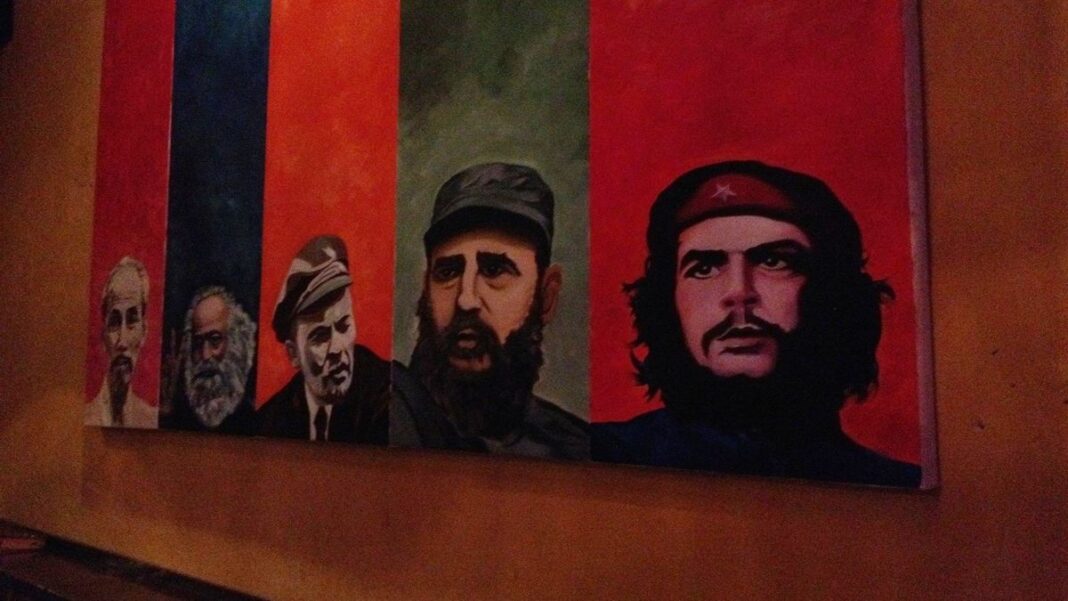 The United States has been subverted by people who believe in the failed ideologies of communism, socialism, and Marxism. America’s experiment in self-governance—with State power constrained by well-crafted limits of our constitution—is under direct threat from people who want to “deconstruct” our nation and replace it with a collectivist system of governance.

Many of the 1960s-era adherents to collectivist ideas have infiltrated our government, churches, and a multitude of other institutions, meaning these destructive philosophies have penetrated deep within our country and will be difficult to root out. Many of these radicals are also embedded within the education system, indoctrinating American children.

These people are America’s enemies. But, trying to counter subversive efforts without a full understanding of your enemy is a fool’s errand. I recently interviewed The Epoch Times’ Joshua Philipp, award-winning investigative journalist and an expert on communism, socialism, and Marxism, to determine how America might reorient itself toward mounting an effective defense against the proliferation of these destructive ideas.

One of the least effective ways to discuss communism, socialism, and Marxism is arguing against the economic outcomes and human suffering that inevitably follows adoption of these systems.

Frequently cited in arguments against collectivist systems are the hundreds of millions of people killed by leaders such as Joseph Stalin, Adolph Hitler, Vladimir Lenin, Kim Il Sung, and Mao Zedong. But, “real socialists and communists don’t even bat an eye to it,” Philipp said.

While he believes the numbers of people murdered by communists should be part of this conversation, he also thinks that in order to persuade people against these philosophies, opponents of collectivism must address the roots of these ideas.

Karl Marx stood in strong opposition to religion. Though he had been a Christian in his youth, the timeless question that turned him away (and that he used to recruit people into a socialist mindset and the communal communist order) was essentially: If God is righteous, and if everything is created by God, then why does evil exist?

For millennia, this has been a part of theological and philosophical debates, with religious scholars arguing that evil is not God’s creation, but the absence of God. Evil exists because man has free will, so people can choose to do good or evil. But, according to Philipp, what communists and utopians have sought to do is essentially try to eliminate evil from the world, as they see it.

“You have to destroy the natural order. And, so they looked to create systems that could dictate to a very specific degree all elements of free will, that was one side of it,” he said. “That was always the downfall of utopians.”

So, they must challenge the church, challenge tradition, challenge belief, create antithesis—the opposite of what is. “Marxism did the same thing under what they call ‘dialectical materialism,’” Philipp said, which is where you intentionally create inversion. You identify important cultural systems of that society and create the antithesis of that.

“So, you promote divorce, you promote feminism, you need to find ways to break up the family,” he said. “You need to look at the ways of doing it, and then develop social movements to argue against whatever the existing institution is.”

We don’t need to look too closely to see the ways in which communists, socialists, and Marxists have infiltrated the United States and other countries. Communists infiltrated American churches in the early 20th century. The Chinese Communist Party (CCP) has penetrated American schools. They have seized influence in U.S. companies and within our government.

Notably, their presence is visible in the authoritarian policies born from the pandemic response: the capricious, autocratic mandates; the brutal repression of people marching in the streets demanding the government’s boot off of their necks and a return to normalcy; actions by members of groups such as the United Nations and World Economic Forum who decry a return to normalcy, while pushing a global centralization of power.

For freedom-loving individuals, once you understand the goals of communists, socialists, and Marxists, you cannot cede any ground to them. There’s absolutely no capitulating, no negotiating, no meeting halfway.

All supporters of individual liberty, freedom, and human rights must unite to confront the destructive forces attempting to take over. Americans must use all non-violent means available to deliver an immense repudiation of authoritarian systems of governance.

The battle isn’t unwinnable. There are only a few thousand politicians, bureaucrats, and corporate executives. There are more than 333 million American citizens. Who really holds the power in this country?

If government schools enforce Draconian mandates or teach lessons that indoctrinate your kids with communism, socialism, or Marxism, send your kids to private school or homeschool. If businesses enforce unconstitutional mandates, you stop spending your money there—put them out of business. If airlines enforce authoritarian policies or mandates, then stop flying with them. If your place of employment is caving to authoritarianism, you team up with like-minded employees and say no.