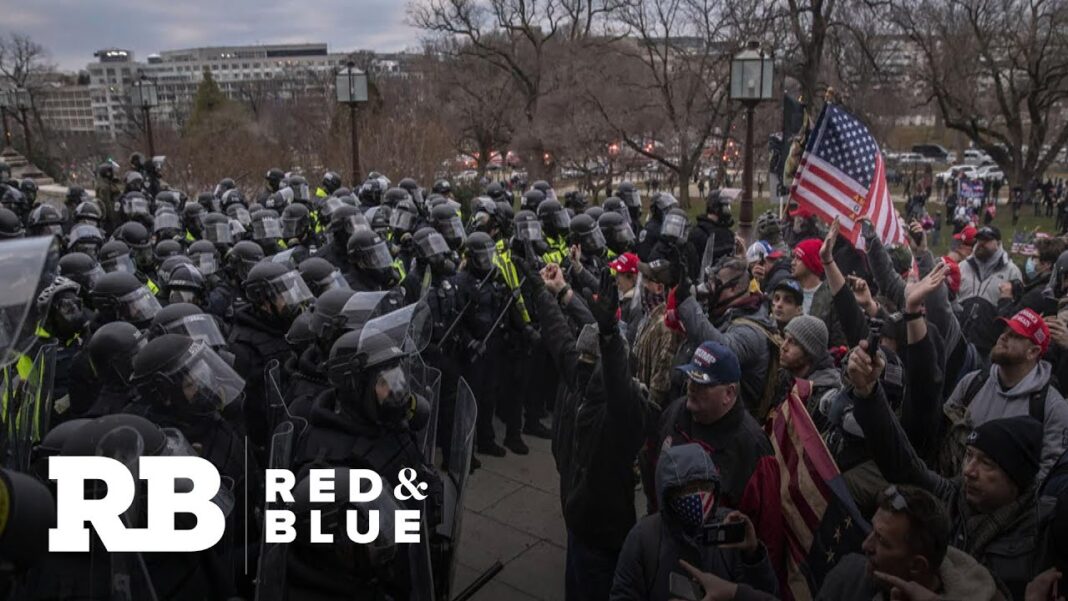 The U.S Capitol Police (USCP) confirmed on Saturday that it has recommended “disciplinary action” for six officers over their handling of protesters on U.S. Capitol grounds on Jan. 6, following internal investigations.

The department’s first official update on the investigations comes eight months after the breach of the U.S. Capitol building on Jan. 6, which posed a major security threat to members of Congress.

The USCP, which is tasked with protecting the Capitol, said in a statement that the recommendations by its Office of Professional Responsibility (OPR) were for officers found to be in violation of its code of conduct. The OPR has been investigating a total of 38 cases related to Jan. 6.

The wrongdoings are not criminal in nature, the department said, adding that a U.S. attorney’s office review concurred it “did not find sufficient evidence that any of the officers committed a crime.”

The USCP had already announced in January that it had suspended six officers with pay over their actions on Jan. 6, and that more officers were under investigation based on video and other open source materials showing instances of potential violations of department regulations and policies. It is not clear if these same six cases are the ones identified in the update.

The Epoch Times has contacted the Capitol Police for comment.

Potentially Aided by Some Police

Rep. Tim Ryan (D-Ohio), who chairs the Appropriations Subcommittee on the Legislative Branch, told reporters at the time that the suspensions were related to officers “that potentially facilitated, on a big level or small level in any way” the breach of the Capitol building that took place during the joint session of Congress that saw lawmakers and Vice President Mike Pence counting electoral votes.

Protesters were demanding transparency for audits of the elections after allegations of election fraud and concerns over Democrat-led alteration of voting rules amid the COVID-19 pandemic. Democratic lawmakers have pushed the narrative that the Jan. 6 breach was an “insurrection,” largely during the failed January impeachment effort against President Donald Trump. No one who participated in the breach has been charged with insurrection.