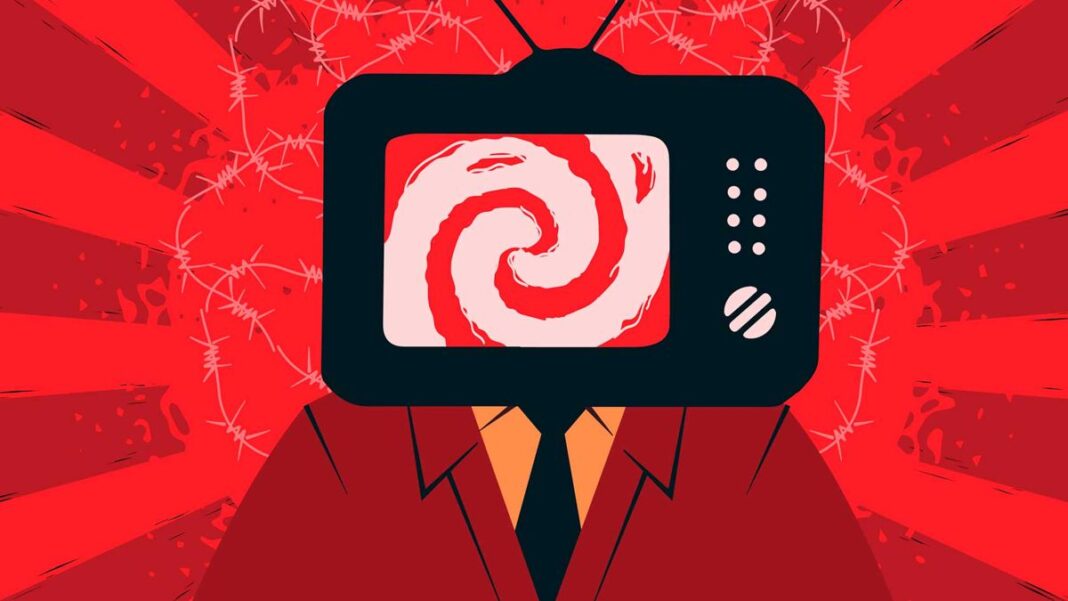 Cat Park: A Noir Adventure to Inoculate Players Against Disinformation

Davor Devcic, Counter Disinformation Technology Advisor, U.S. Department of State, Global Engagement Center talks about a new online game where you play the role of a recruit to a shadowy disinformation campaign, aimed at bringing down…the Cat Park! Developed by leading international experts on disinformation, this seriously fun game will help inoculate players against online manipulation. A collaboration between the U.S. Department of State’s Global Engagement Center, the University of Cambridge, and the Dutch game developer, DROG/Bad News.

“With the Internet, only two things are certain: the global appeal of cat videos and the pervasiveness of disinformation.”

The memo, dated Oct. 31, 2022, details a government plan to roll out a new taxpayer-funded online game called Cat Park. The game is billed as a product that “inoculates players against real world disinformation by showing how sensational headlines, memes, and manipulated media can be used to advance conspiracy theories and incite real-world violence.”

However, there is more going on here than a simple cat-themed video game.

As this report will explain, the GEC appears to be using taxpayer dollars to fund “behavioral modification” propaganda games intended to make young people around the world view populist content online as being de facto “disinformation.”

To understand the full story, we will explore the Cat Park game itself, break down the GEC memo, and then reveal the bigger picture of where this all came from and what’s behind it.

Cat Park: ‘Vaccinating’ Young People Against Distrust In The Government

Aimed at young people aged 15 years and up, Cat Park purports to be a “noir adventure” where a player takes on “the role of a disinformation agent recruited into a shadowy social media pressure campaign.”

In the game’s plot, the player assumes the role of a social media user who makes memes and news headlines to energize local citizens to stop the construction of a local park for cats (hence, Cat Park). Then, the player, realizing they have been spreading disinformation, must repent for their memes that resulted in the park getting canceled.

The major crux of plot tension in the game is the concern that the cat park being built by the city’s mayor ostensibly only serves the city’s upper-income residents. Thus, populist resentment lurks within the lower-income strata at the city who believe their own needs are being neglected by government officials.

Thus, as a “disinformation” purveyor, the player represents the “anti-park” movement, and begins the game by generating grievances against the park’s construction.

See screen-record videos below for an illustration:

In case that’s unclear, the generation of the “news headlines” below is framed as an evil act of disruptive populists engaged in a divisive campaign to disrupt the city’s peace:

So right away, this government-funded game establishes a moral framework in which complaining about wasteful spending by government elites – spending which comes at the expense of “improving city roads,” “objections of locals” and “our kids” — is framed as spreading disinformation.

How convenient for the government that this government-funded game has such a plot!

This anti-populist, pro-establishmentarian theme of Cat Park permeates every scene in the game. For example, the player meets a zealous working class citizen, Marvin, who runs a local hot dog stand and opposes the cat park’s construction. Marvin instructs the player to create a “cat conspiracy” theory about elites in government, or elites in corporations, being behind the new project:

The in-game exercise then has the player assign a deliberately false motive to the elites behind the cat park construction, making up a conspiracy about “money” or “control.”

The point here is to subliminally train young people to associate social media posts alleging government corruption as being “fake news,” just like such claims are revealed to be “fake news” in Cat Park.

Foundation For Freedom Online’s (FFO) Executive Director, Mike Benz, is a former State Department diplomat responsible for formulating and negotiating US foreign policy on international communications and information technology matters. Mr. Benz founded FFO as a civil society institution building on his experience in the role of championing digital freedom around the world in the public sector.

About Foundation For Freedom Online (FFO)

Foundation For Freedom Online (FFO) is a free speech watchdog dedicated to restoring the promise of a free and open Internet.