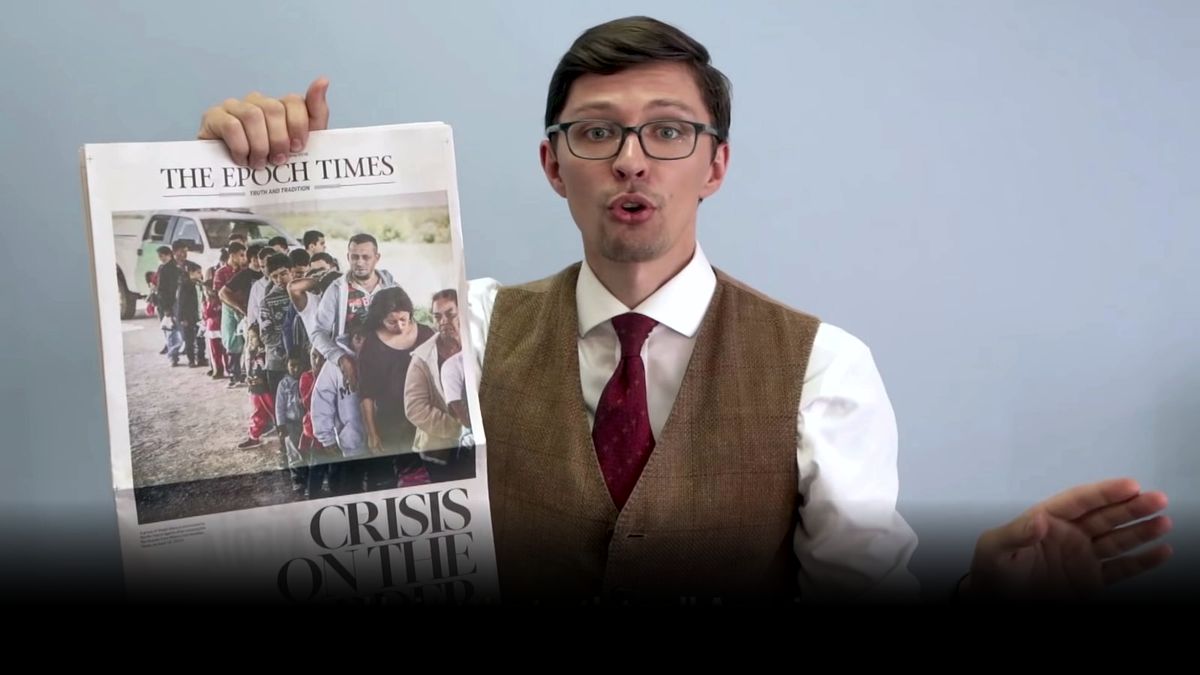 The U.S. State Department has expressed concern for the 11 Chinese citizens detained for providing information relating to the pandemic to the Chinese-language edition of The Epoch Times. It also demanded that Beijing cease stifling truthful reporting in the country.

“The United States calls on the PRC [People’s Republic of China] government to release journalists and their contacts detained for their reporting on COVID-19 restrictions and to cease its efforts to silence those who seek to report the truth,” a State Department spokesperson told The Epoch Times in an email.

“We consistently underscore the importance of independent, transparent, and fact-based reporting on COVID-19,” the spokesperson added.

The 11 individuals, all adherents of persecuted faith group Falun Gong, have been held in Dongcheng District Detention Center in Beijing for over a year. In an April indictment, they were accused of “taking photos and uploading them to overseas websites between February and June 2020,” according to their lawyers.

The indictment did not name the specific website, but the Committee to Protect Journalists, a New York-based press freedom watchdog, said the detainees were indicted for supplying materials to The Epoch Times, citing a person familiar with the case.

The Chinese regime has tightly controlled information relating to the pandemic, such as its harsh lockdown policies and true infection and death toll figures, in its bid to suppress anything that can tarnish the Party’s image. Whistleblower doctors, citizen journalists, and academics have been punished by the regime for disseminating unfiltered information on the outbreak or criticizing the Party’s policies.

“China needs to stop trying to prevent its citizens from reporting the news and publishing photographs about its COVID-19 restrictions,” said Steven Butler, the journalist group’s Asia program coordinator, in an Aug. 24 statement.

“The 11 people arrested for sending photos and information to The Epoch Times should be released from jail immediately, with all charges dropped,” Butler added.

A spokesperson for The Epoch Times earlier expressed concerns about their safety and called on the international community to “condemn this violation of press freedom.”

The Epoch Times was founded in 2000 in the United States, originally as a Chinese-language newspaper, in response to the Chinese Communist Party’s (CCP) global propaganda efforts. As a result, the outlet has long been blocked in the country, and its earliest reporters in China were jailed, some for as long as 10 years.

Beijing Dongcheng People’s Court canceled the detainees’ scheduled court appearance on Aug. 19, according to an Aug. 15 post on Minghui.org, a U.S.-based website dedicated to tracking the persecution of Falun Gong. Repeated calls from The Epoch Times to the court were left unanswered.

Xie Yanyi, lawyer for one of the detainees Xu Na, has been blocked from defending his client since May. He called the case an “escalated version of Li Wenliang incident,” saying that the Chinese regime was “committing a crime.”

Li was one of the first Chinese doctors to sound the alarm on the CCP Virus, commonly known as the novel coronavirus that causes COVID-19, in December 2019. He was later reprimanded by police for doing so and made to sign a statement apologizing for “rumor-mongering.” He ended up dying after contracting the virus.

Citizen journalist Zhang Zhan, who posted videos on social media detailing the toll of the outbreak from Wuhan, was in December found guilty of “picking quarrels and provoking trouble” and sentenced to four years in prison. One of her charges, according to the judgment published by human rights advocacy site China Change, said that Zhang was guilty of taking interviews from “overseas media Radio Free Asia and The Epoch Times to maliciously create hype on Wuhan’s novel coronavirus pneumonia, causing negative impact among a wide audience.”

Zhang currently weighs less than 90 pounds—almost half of her body weight—owing to the partial hunger strike she started since her arrest last May.

“A free and independent media, including citizen journalists, is essential to making government more accountable, keeping all of us safer from future outbreaks and possible pandemics,” the State Department spokesperson said.

Sherry Dong contributed to this report.

Read Original Article on The EpochTimes.com