Watch the video and read the transcript of Alan Dershowitz on is abuse of power impeachable during the 8th day of the Trump Impeachment trial in the Senate.

The question from Senator Manchin reads as follows:

Counsel for the President team:

What happened since 1998 is that I studied more, did more research, read more documents, and, like any academic, altered my views, that’s what happens, that’s what professors ought to do, and I keep reading more, and I keep writing more, and I keep refining my views. In 1998 the issue before this Senate was not whether a crime is required, it was whether the crime that Clinton was charged with was a high crime. When this impeachment began, the issue was whether a crime is required. Actually two years earlier in the book, and then in an op ed, I concluded, not on partisan grounds, on completely academic grounds, that you could not impeach for abuse of power and that a technical crime was not required, but criminal like behavior was required. I stand by that view. The framers rejected maladministration, that was a prime criteria for impeachment under British law. Remember to the British never impeach prime minister’s, they only impeached middle level and low-level people, so the framers didn’t want to adopt the British approach, they were rejected it by rejecting maladministration, and what’s a metaphor or what’s a synonym for maladministration, abuse of power, and when they rejected maladministration they are rejecting abuse of power.

Mr. Congressman Schiff asked a rhetorical question, can a president engage in abusive power with impunity? In my tradition we answer questions with questions and so I will throw the question back. Can a president engage in maladministration with impunity? That’s a question you might have asked James Madison had you been at the Constitutional Convention. And he would say, no, a president can engage in that with impunity, but it’s not an impeachable crime. Maladministration is not impeachable and abuse of power is not impeachable. The issue is not whether a crime is required, the issue is whether abuse of power it is a permissible constitutional criteria, and the answer from the history is clearly, unequivocally no. If that had ever been put to the framers they would have rejected it with the same certainty they rejected maladministration. 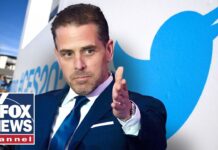 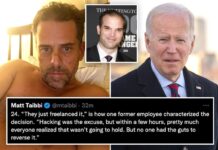