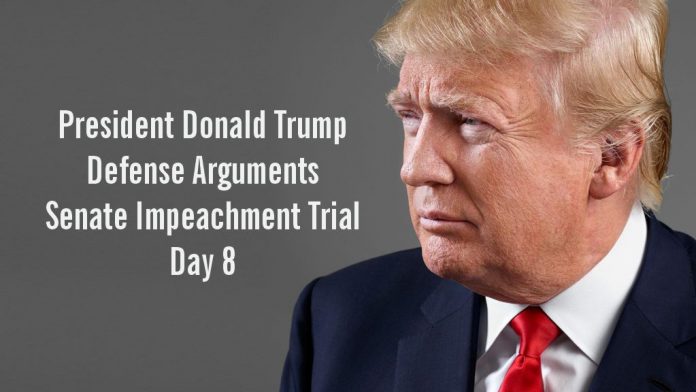 During the Senate impeachment trial day 8, Wednesday, January 29, 2020, U.S. senators will get the first opportunity to ask questions of President Donald Trump’s attorneys and of House managers after both sides were given three days to make their case for, and against, removing the president from office.

During the Senate impeachment trial, House Democrats argued that Trump abused the office of the presidency by pressuring Ukraine to investigate his political rival, Joe Biden and his son’s corruption in Ukraine and then obstructed Congress when it investigated his conduct.

Trump’s legal team counters that Trump was acting in the best interest of the nation and “did absolutely nothing wrong.” They further argue Democrats’ charges are too vague and do not rise to the level of impeachable offenses.