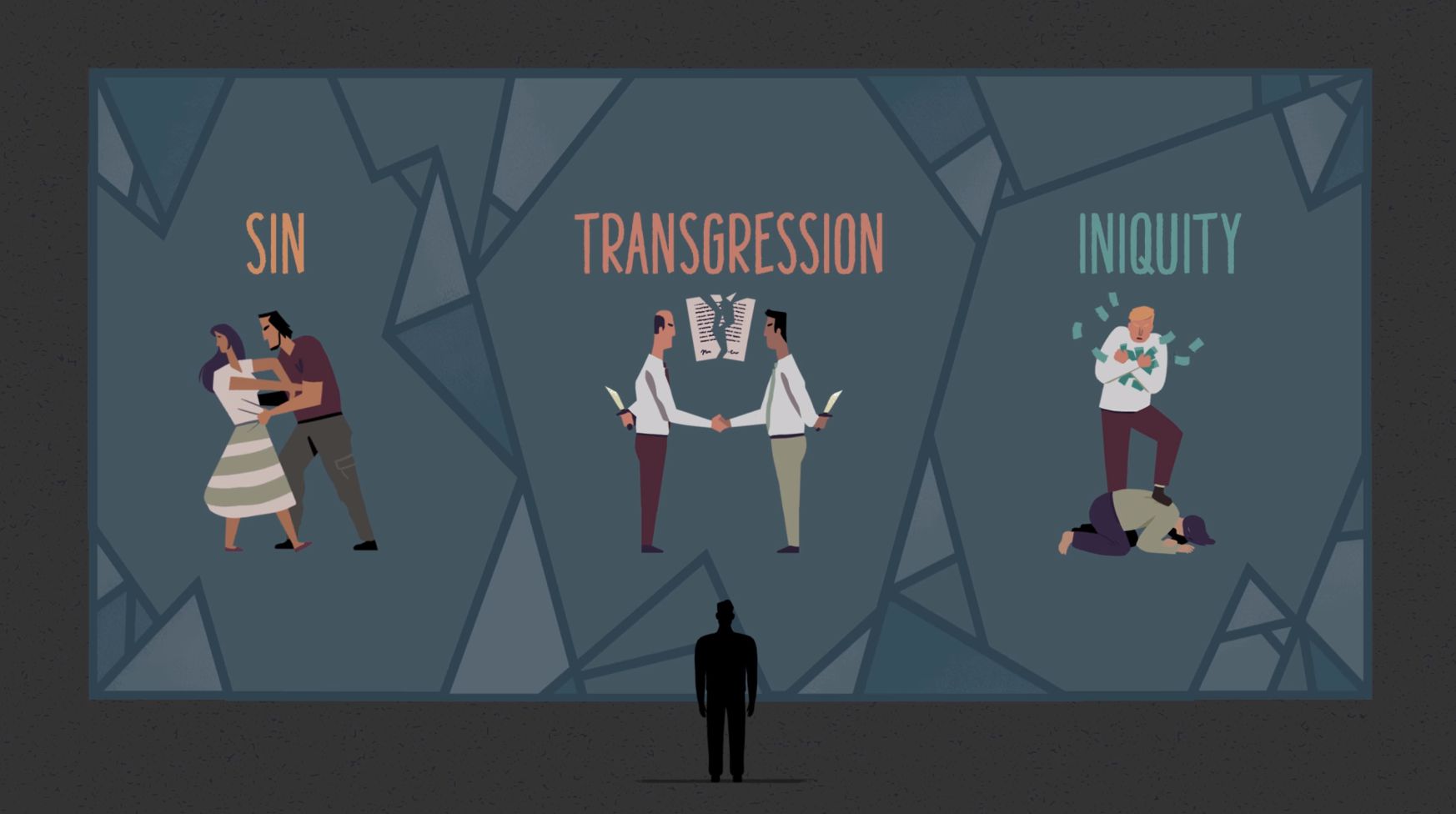 Explore key biblical words in both Hebrew and Greek to gain a better understanding of biblical language. Below is all the videos in a playlist and below the videos is a list of the videos and what they are about.

The word “sin” is one of the most common bad words in the Bible, but what does it really mean? In this video, we’ll explore the concept of “moral failure” that underlies this important biblical word. Get ready to discover a profound and realistic portrait of the human condition.

Iniquity is a biblical word that very few people use anymore, and even fewer people know what it means! In this video, we’ll explore the significance of this word in ancient Hebrew, and discover a whole new way to think about our selfish decisions and their consequences.

“Transgression” is one of those Bible words that seems clear until you have to explain it to somebody. In this video, we’ll explore the fascinating and sophisticated meaning of this biblical “bad word.” Get ready for a sobering reflection on human nature.

Is hearing and listening the same thing? This video, discover how sound entering your ear-drums isn’t synonymous with “listening”, at least from a biblical perspective. This video is the first installment of our Word Studies series, a six-part exploration of the ancient biblical prayer called “The Shema.”

Let’s talk about love, Old Testament style! In this video, we’ll explore the various ways the Hebrew authors used the word “love,” and how they depicted God as the ultimate source and goal of all human love.

YHWH, Adonai, LORD, Jehova… God seems to have a lot of names, what exactly am I supposed to call Him? We invite you into the fascinating journey behind all the different names Jews and Christians have referred to their creator throughout the centuries, and more importantly, why! Check out our third installment in a six-part exploration of the ancient biblical prayer called “The Shema.”

Different cultures have different conceptions of the human heart, what it is and what it does, and the biblical authors are no exception. In this video, we’ll explore the ancient Hebrew words for “heart” as well as the different ideas of what our hearts represent. There is no biblical word that captures better the essence of human thought, feeling, and desire than this rich and wonderful word.

We explore the Hebrew word “nephesh” that often gets translated as “soul.” The English word usually refers to a non-material essence of a human that survives after death, but nephesh means something different. It is referring to humans as living, breathing, physical beings, or just to life itself. Prepare to be surprised at the biblical meaning of this fascinating word.

What does it mean to love God “with all of your strength”? In this final installment of our videos on the Shema, we explore the Hebrew word underneath this phrase. And spoiler alert: “strength” is only one of many ways this rich word could be translated.

“Peace” is a very common word in English, that means different things to different people. It’s also a very important word in the Bible that refers not only to the absence of conflict but also to the presence of something else. In this video, we’ll explore the core meaning of biblical peace and how it all leads to Jesus.

In the Bible people who have hope are very different from optimists! In this video, we’ll explore how biblical hope looks to God’s character alone as a basis for trusting that the future will be better than the present.

The word “love” is one of the sloppiest words in our language, as it primarily refers to a feeling that happens to a person. In the New Testament, “love” refers to a way of treating people that was defined by Jesus himself: seeking the well-being of others regardless of their response.

In this video, we explore the unique type of joy to which God’s people are called. It’s more than happy mood, but rather a choice to trust that God will fulfill his promises.

“Gospel” is one of the most common words in a Christian’s vocabulary. But what does it mean in the original languages of the Bible? In this video, we’ll discover that “gospel” is a royal announcement about Jesus, who is the crucified and risen King of the world who overcame death with his love.

In the Bible, the word “witness” is used to describe both a person and an action—someone who sees something and then talks about what they’ve seen. Similar to today, this word is used in both legal settings and to describe an experience with God. But what’s most interesting about the word witness is how it illuminates the story of Scripture, especially the role of the people of God. In this video, we explore how this word contributes to the overarching story of the Bible.

Biblical authors often referenced and quoted their favorite parts of Scripture, and the list of God’s character traits found in Exodus 34:6-7 is the most repeated and re-quoted text in the Bible. In this video we’ll explore this foundational description of God’s attributes that illustrates what God values and why he acts the way he does.

The word “compassionate” is the very first word God uses to describe himself to Moses on Mount Sinai. It might be surprising to learn that compassion is a deeply emotional word—one used to convey the strong bond between a parent and their child. God is portrayed as a compassionate parent throughout Scripture—both as a mother and a father. And he is shown to respond to the cries of his people not only with deep emotion but also with action. Ultimately, the compassion of Yahweh is embodied in the person of Jesus, who lives and dies to take humanity’s suffering upon himself and restore the bond between God and humanity. As followers of Jesus, we too are called to embody the compassion of Yahweh and extend his deep care to our community and world.

What does it mean to say that the God of the Bible is gracious? In this video, we’ll look at the Hebrew words for grace and understand it to be a rich concept that has profound implications for how we see God. When we look to the biblical meaning of grace and understand God as gracious, we see a God who loves to give generous gifts to undeserving people. 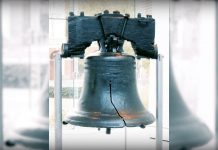 The Liberty Bell: Proclaim liberty throughout all the land