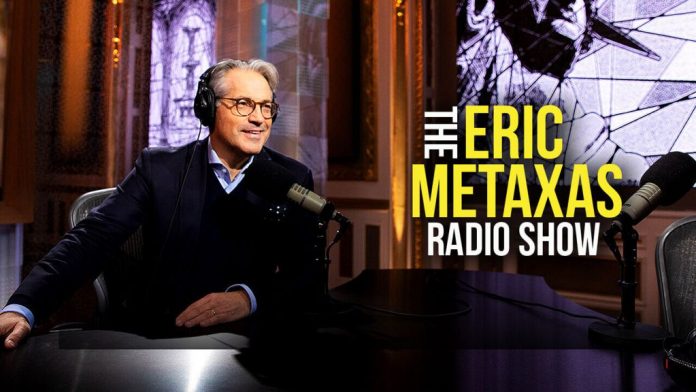 Watch The Eric Metaxas on Rumble

Eric Metaxas was born in 1963 in is New York City neighborhood of Astoria, Queens and grew up in Danbury, Connecticut. He is an American author, speaker, and radio host. He has written three biographies, Amazing Grace: William Wilberforce and the Heroic Campaign to End Slavery about William Wilberforce (2007), Bonhoeffer: Pastor, Martyr, Prophet, Spy about Dietrich Bonhoeffer (2011), and Martin Luther: The Man Who Rediscovered God and Changed the World about Martin Luther (2017). He has also written humor, children’s books, and scripts for VeggieTales. Metaxas is the founder and host of the NYC-based event series, “Socrates in the City: Conversations on the Examined Life” and the host of the nationally syndicated radio program, The Eric Metaxas Show.