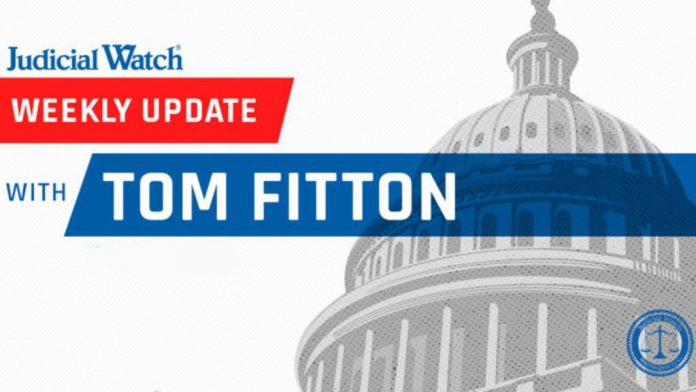 Tom Fitton’s Weekly Update airs on Fridays. Newest videos are on the bottom of this playlist.

Judicial Watch, Inc., a conservative, non-partisan educational foundation, promotes transparency, accountability and integrity in government, politics and the law. Through its educational endeavors, Judicial Watch advocates high standards of ethics and morality in our nation’s public life and seeks to ensure that political and judicial officials do not abuse the powers entrusted to them by the American people. Judicial Watch fulfills its educational mission through litigation, investigations, and public outreach.

The motto of Judicial Watch is “Because no one is above the law”. To this end, Judicial Watch uses the open records or freedom of information laws and other tools to investigate and uncover misconduct by government officials and litigation to hold to account politicians and public officials who engage in corrupt activities.

Since 1998 Tom Fitton has been the president of Judicial Watch, America’s largest non-partisan government watchdog. He has investigated the Clinton, Bush, and Obama administrations. Judicial Watch is the group that helped impeach Bill Clinton and took the Bush White House secrecy all the way up to the Supreme Court. Since the beginning of the Obama administration, this grassroots group has filed over 700 open records demands and dozens of lawsuits, including a successful fight over the secret Obama White House visitor logs.