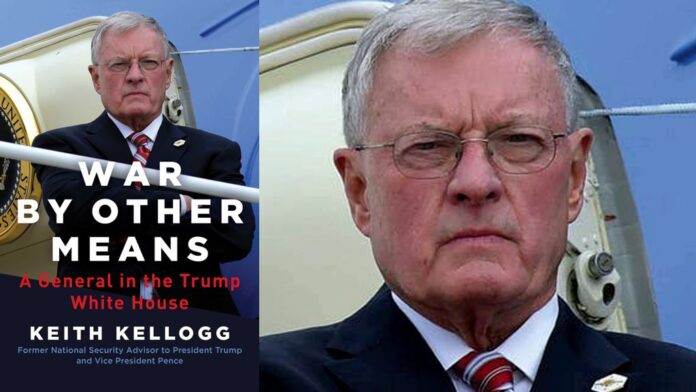 General Keith Kellogg saw it all. The only national security advisor to work side by side with both President Trump and Vice President Pence, he was their confidant as they made their most momentous decisions. No one knows better than he that the hysterical accusations of the administration’s partisan detractors were unconnected to reality.

Demolishing baseless caricatures of Donald Trump, in War by Other Means General Kellogg provides one of the few reliable accounts of the administration from the earliest days of the 2016 campaign to the end of the president’s term.

The radicals attacking President Trump’s legacy are sacrificing sound policy to politics. Kellogg’s account is an urgently needed reminder that politics is “war by other means.” Our enemies never forget that, and Americans forget it to their peril.

Retired Army Lieutenant General Keith Kellogg has dedicated his life to national service, with tours of duty in Vietnam, Panama, and Iraq, as well as commanding the 82d Airborne Division, Kellogg advised Donald Trump during the 2016 campaign and worked as chief of staff to the National Security Council and as national security advisor to Vice President Mike Pence. He lives in Virginia with his wife, Paige, and is the father of two sons and a daughter.

Buy War by Other Means