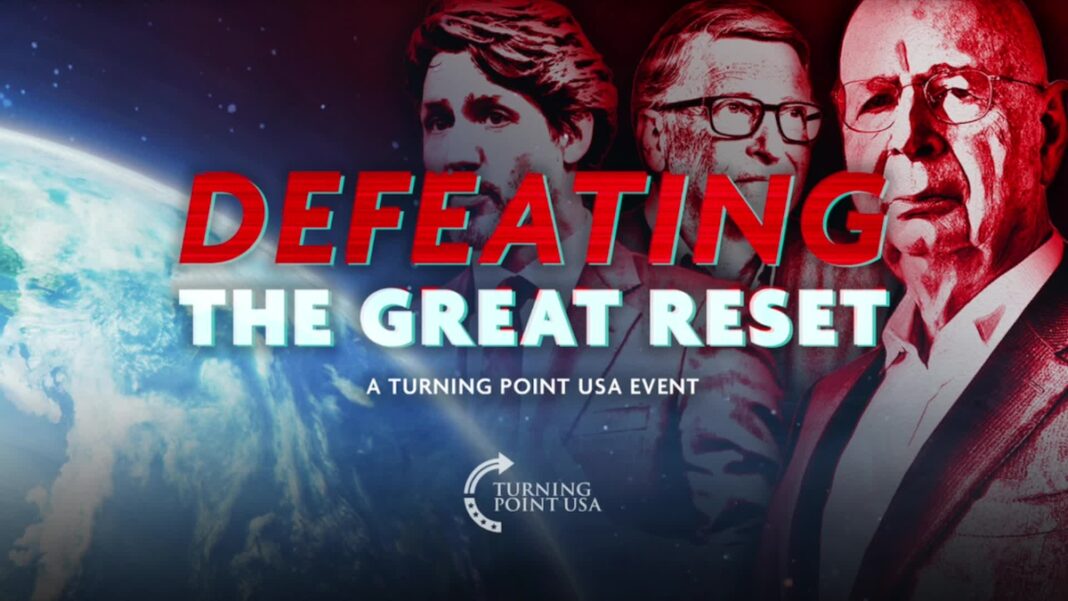 You couldn’t get to Phoenix for Turning Point Action’s tremendous conference and workshop on “Defeating the Great Reset,” but that doesn’t mean you aren’t ready to take “Action, Action, Action!” Get fired up to defeat Joe Biden and his globalist allies in the World Economic Forum by listening to this inspiring keynote address by “War Room” host Steve Bannon and James Lindsay along with the panels that will help you with Defeating The Great Reset.

The War Room Dives into the Transhumanist Threat Facing America: ‘Evolution on Steroids’ Part One

In the wake of Joe Biden’s executive order demanding a “whole of government” approach to turning human beings into programmable software, the “War Room” looks at how technocracy and transhumanism are working together to transform the world into a place safe for elites and unsafe for the rest of us.