There aren’t many African Americans in Forsyth, and Warnock, who was nearly an hour late—an hour in which candidates from the recent election, winners and losers alike, vamped to fill the time—joked about it.

A person who’s not serious, he said, is his Republican opponent Herschel Walker.

“You actually have to know stuff to do this job,” Warnock said, a catchphrase he returned to several times.

It’s one that Sen. Lindsey Graham (R-S.C.) also turned back against Warnock while campaigning with Walker on Thursday night in Gainesville. 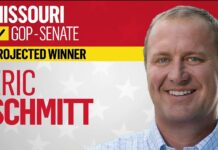