Washington’s refusal to acknowledge Russia’s legitimate security interests in Ukraine and negotiate an end to this war is the path to protracted conflict and human suffering.

During a speech given on November 29, Polish Vice-Minister of National Defense (MON) Marcin Ociepa said: “The probability of a war in which we will be involved is very high. Too high for us to treat this scenario only hypothetically.” The Polish MON is allegedly planning to call up 200,000 reservists in 2023 for a few weeks’ training, but observers in Warsaw suspect this action could easily lead to a national mobilization.

Meanwhile, inside the Biden administration, there is growing concern that the Ukrainian war effort will collapse under the weight of a Russian offensive. And as the ground in Southern Ukraine finally freezes, the administration’s fears are justified. In an interview published in the Economist, head of Ukraine’s armed forces General Valery Zaluzhny admitted that Russian mobilization and tactics are working. He even hinted that Ukrainian forces might be unable to withstand the coming Russian onslaught.

Yet, Zaluzhny rejected any notion of a negotiated settlement and instead pleaded for more equipment and support.  He went on to insist that with 300 new tanks, 600 to 700 new infantry fighting vehicles, and 500 new Howitzers, he could still win the war with Russia. Truthfully, General Zaluzhny is not asking for assistance, he’s asking for a new army. Therein lies the greatest danger for Washington and its NATO allies.

When things go badly for Washington’s foreign policy, the true believers in the great cause always draw deeply from the well of ideological self-delusion to steel themselves for the final battle. Blinken, Klain, Austin, and the rest of the war party continue to pledge eternal support for Kiev regardless of the cost. Like the “best and the brightest” of the 1960s they are eager to sacrifice realism to wishful thinking, to wallow in the splash of publicity and self-promotion in one public visit to Ukraine after another.

Douglas Macgregor, Col. (ret.) is a senior fellow with The American Conservative, the former advisor to the Secretary of Defense in the Trump administration, a decorated combat veteran, and the author of five books. 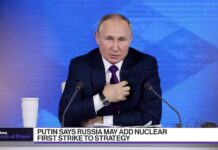 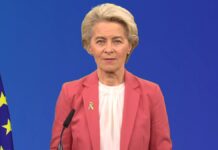 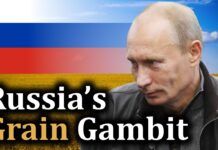