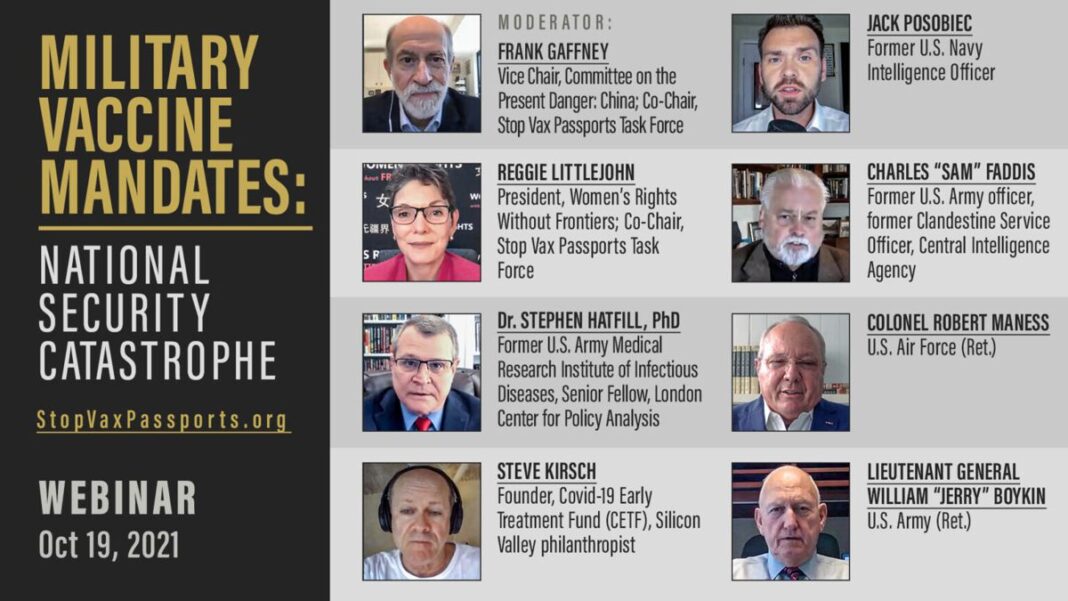 About one-in-five U.S. service members–hundreds of thousands of troops–have not received a single dose as of mid-October reports Voice of America, less than three weeks out from the first of the military’s vaccination compliance dates, which vary according to service branches.Members of the military who refuse the vaccine face severe consequences, including being blocked from deployment, relief of command, dishonorable discharge and even court martial. In September, Just the News reported nearly 25% of Navy SEALs were unvaccinated and faced suspension. And, in an unconfirmed report, 22 U.S. F-22 military pilots and 16 crew members for B-52s walked off the job due to Covid-19 vaccine mandates which the military denies. U.S. service members are publicly denouncing the mandate and quitting as a result–leaving behind decades-long careers, well-earned entitlements, and pensions.

Some have religious reasons to refuse the vaccines; others are not convinced they are safe. Many have already recovered from the virus and claim natural immunity. Some were previously injured by the military’s forced experimental Anthrax vaccines from 1998-2000.

While religious and medical exemptions are proffered, they are difficult to obtain. Senior commanders who refuse the vaccines, or seek exemptions, are most at risk for demotions and other serious punishment.

Meanwhile, the list of people who have suffered serious adverse effects, likely from the vaccine, continues to grow on the government’s own voluntary Vaccine Adverse Event Reporting System (VAERS).Victims who believe they were injured by the vaccines are routinely ignored, censored, and accused of spreading misinformation by the very institutions and agencies tasked with investigating their claims. And, European countries responding to reports of myocarditis in vaccinated, previously healthy,young men and boys, are pulling back on vaccines for the under 30 cohorts.

Our expert panelists will discuss how these mandates pose catastrophic risks to U.S. service members, military readiness, and national security.

LIEUTENANT GENERAL WILLIAM “JERRY” BOYKIN
U.S. Army (Ret.)
Where are the Military’s Leaders as the National Security is Being Compromised?