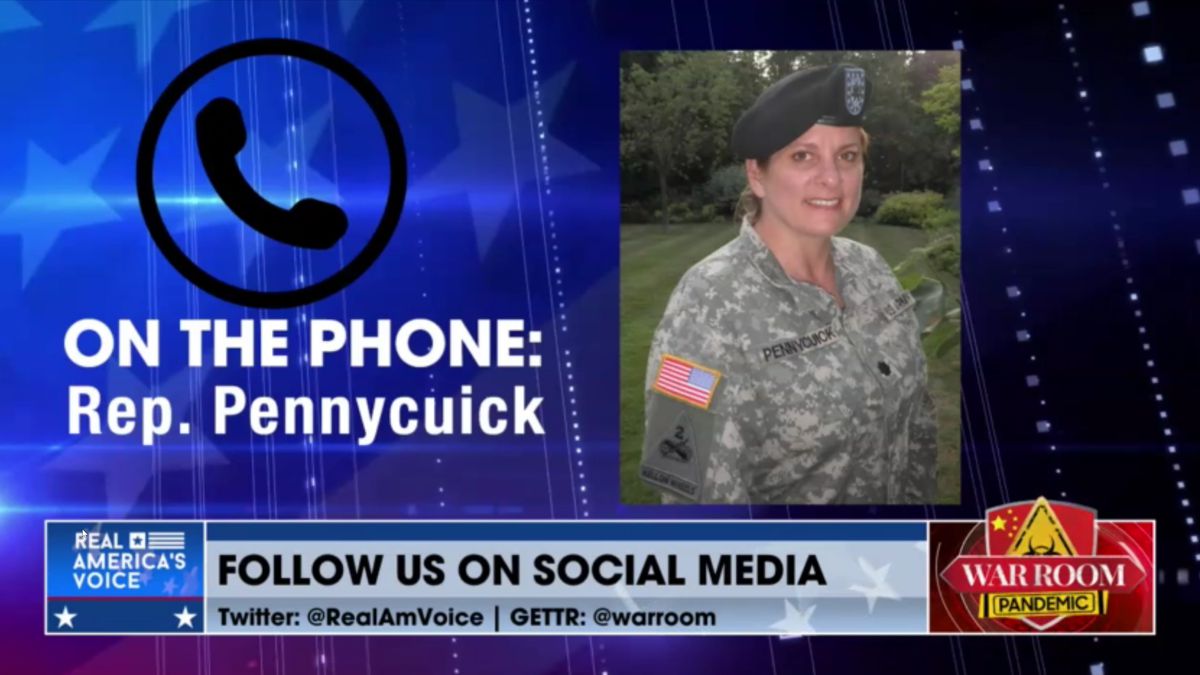 Steve Bannon talked to a rising star of the Republican Party today, Rep. Tracy Pennycuick of the Pennsylvania legislature, a retired lieutenant colonel in the U.S. Army and a former Blackhawk helicopter pilot. Pennycuick talked about her disgust with U.S. military command and the political leadership of Joe Biden, which led to the disaster in Afghanistan.

“This day is a tough day. Every veteran who’s ever served in Afghanistan should be belly pissed off. We couldn’t have screwed this up better. We surrendered. We gave over our equipment. We left Americans behind. We left our allies behind, and we are the laughing stock of the world right now. We couldn’t have screwed this up better. Its unbelievable. Letting the Taliban take over Bagram, which was strategically so important, all of our equipment, it’s insane. I’m not sure who’s running the show. Obviously no one competent.”