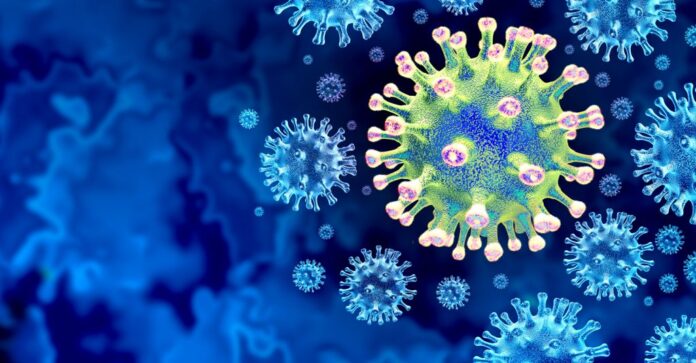 Research obtained by a group of scientists shows the COVID vaccine spike protein can travel from the injection site and accumulate in organs and tissues including the spleen, bone marrow, the liver, adrenal glands and in “quite high concentrations” in the ovaries.

COVID vaccine researchers had previously assumed mRNA COVID vaccines would behave like traditional vaccines. The vaccine’s spike protein — responsible for infection and its most severe symptoms — would remain mostly in the injection site at the shoulder muscle or local lymph nodes.

But new research obtained by a group of scientists contradicts that theory, a Canadian cancer vaccine researcher said last week.

“We made a big mistake. We didn’t realize it until now,” said Byram Bridle, a viral immunologist and associate professor at University of Guelph, Ontario. “We thought the spike protein was a great target antigen, we never knew the spike protein itself was a toxin and was a pathogenic protein. So by vaccinating people we are inadvertently inoculating them with a toxin.”

Bridle, who was awarded a $230,000 grant by the Canadian government last year for research on COVID vaccine development, said he and a group of international scientists filed a request for information from the Japanese regulatory agency to get access to Pfizer’s “biodistribution study.”

Biodistribution studies are used to determine where an injected compound travels in the body, and which tissues or organs it accumulates in.

“It’s the first time ever scientists have been privy to seeing where these messenger RNA [mRNA] vaccines go after vaccination,” Bridle said in an interview with Alex Pierson where he first disclosed the data. “Is it a safe assumption that it stays in the shoulder muscle? The short answer is: absolutely not. It’s very disconcerting.”

The Sars-CoV-2 has a spike protein on its surface. That spike protein is what allows it to infect our bodies, Bridle explained. “That is why we have been using the spike protein in our vaccines,” Bridle said. “The vaccines we’re using get the cells in our bodies to manufacture that protein. If we can mount an immune response against that protein, in theory we could prevent this virus from infecting the body. That is the theory behind the vaccine.”

“However, when studying the severe COVID-19, […] heart problems, lots of problems with the cardiovascular system, bleeding and clotting, are all associated with COVID-19,”  he added. “In doing that research, what has been discovered by the scientific community, the spike protein on its own is almost entirely responsible for the damage to the cardiovascular system, if it gets into circulation.”

When the purified spike protein is injected into the blood of research animals, they experience damage to the cardiovascular system and the protein can cross the blood-brain barrier and cause damage to the brain, Bridle explained.