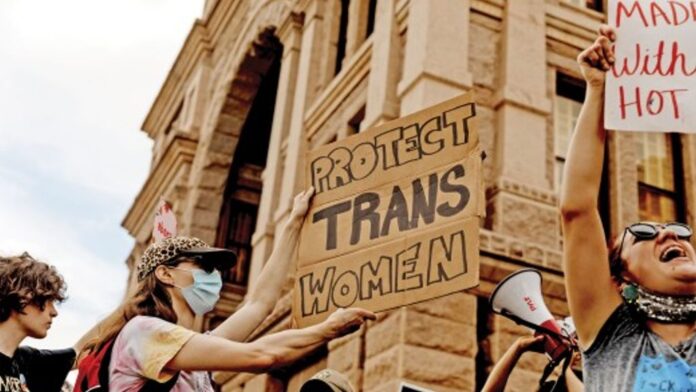 The Left is winning the war over gender ideology because it follows a simple precept: Don’t play the odds, play the man. And so, it plays conservatives. To a caffeinated Right, a high school student named Gavin Grimm provided irresistible distraction.

Indeed, no sooner had the ACLU filed its “transgender bathroom case” in 2015 than conservatives answered the call of duty. One leg into armor, conservatives lurched forth from the trench, pea shooter in hand, never clear what we were fighting for or whether anyone was behind us. It turned out, no one was: A flurry of bathroom bills sunk to the bottom of the ocean, except North Carolina’s, which died in repeal. All for what? To keep an unhappy biological girl with a five o’clock shadow out of the boys’ room?

In any case, conservatives lost — and not just politically. The Fourth Circuit recently decided that a separate, unisex bathroom provided to Grimm stigmatized the child, effectively punishing “transgender status” in violation of Title IX. The Supreme Court denied certiorari, refusing to revisit this mess.

Whatever your views on sex-based rights (and mine are probably as strong as anyone’s), it was hard to see this particular battle as anything other than picking on a child. Grimm had extended absences from school and seems to have suffered greatly through the embarrassing ordeal of public hand-wringing about where one transgender-identified teenager could use the bathroom. It isn’t hard to see that any child would have suffered in Grimm’s position.

Top lawyers for the ACLU argued the case, and while they held judges spellbound with the promise of another civil rights verdict, they sent Republicans into apoplexy. While Republicans ranted, the Left won conquest after conquest.

Here, specifically, is what the Left achieved in the intervening six years: 22 states enacted conversion therapy bans, making it impossible for therapists to offer trans-identified youth any alternative to transition; nearly every medical accrediting organization adopted “affirmative care,” solemnly promising to suspend all medical judgment and rubber-stamp transitions, even by minors; gender ideology wormed its way into public school, laid eggs, and hatched endless confusion; schools across the country, with the explicit approval of the Obama administration, began conspiring to conceal minors’ declared gender identities from their parents; and hundreds of pediatric gender clinics cropped up to meet a sudden demand, heedless of the dangers, peddling phony mental health benefits and dismissing international warnings.

In other words, while conservatives pounded lecterns over school bathrooms, they lost five winnable battles to a radical and unpopular ideology. They painted themselves once again into American Gothic, which might have made them sympathetic, had they not hired the portrait artist and grasped for a pitchfork.