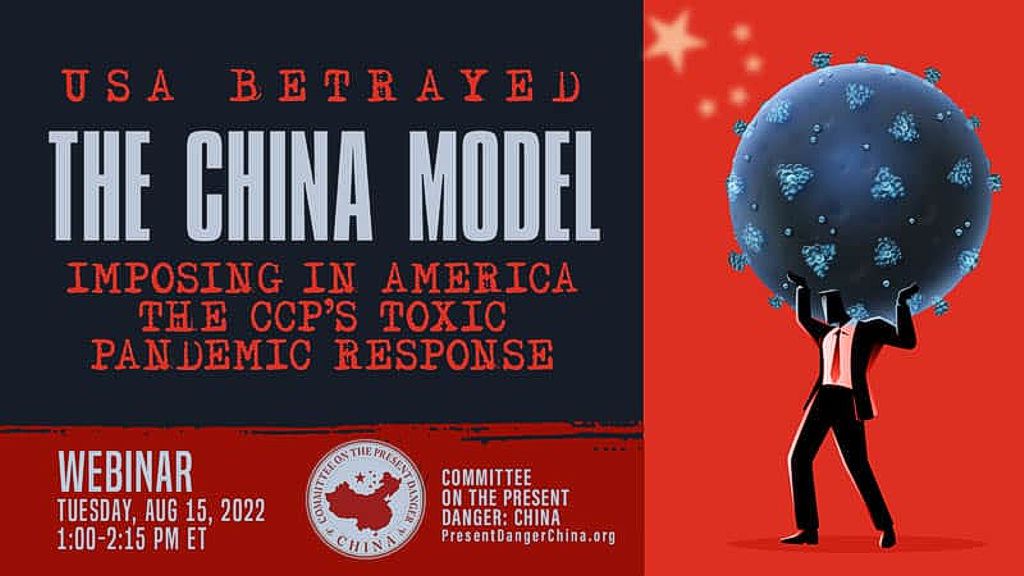 Since 2019, the United States has been devastated by a Chinese Communist Party (CCP) biological warfare attack that has killed a million Americans, precipitated economic upheaval and now recession and inflation and gravely infringed upon our citizens’ constitutional rights. A key means of accomplishing such damage was achieved through the insinuation into the United States of what the CCP calls the “China Model” – an unprecedented, and ultimately futile, totalitarian response to the COVID-19 pandemic involving: mask mandates, lockdowns, inadequately tested “vaccines,” vaccine mandates and passports and the Chinese Communists Orwellian “social credit system.”

While the responsibility for creating and exporting this harm largely lies with Xi Jinping and his regime, their success in weakening the United States has been aided and abetted, both wittingly and in some cases unwittingly, by American elites. Those implicated include notably leading figures in politics, the military, the media, business and finance and academics. Such “captured” elites have, in addition to their own efforts, made common cause with the CCP-dominated World Health Organization (WHO).

The next webinar in the Committee on the Present Danger: China’s (CPDC) “USA Betrayed” series—titled “The China Model: Imposing in America the CCP’s Toxic Pandemic Response” — will examine those who have helped impose the China Model here, how they did it and to what extent they have helped advance the Chinese Communist Party’s takedown of the United States.

WHAT: Webinar | The China Model: Imposing in America the CCP’s Toxic Pandemic Response