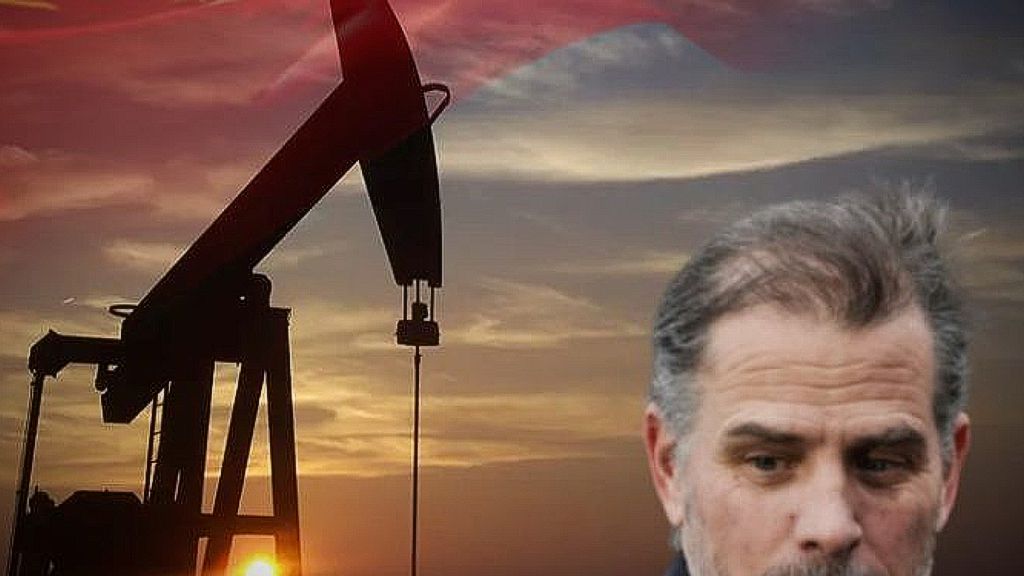 Department Of Energy oil and gas advisory board member met with Hunter Biden’s Chinese business partner to discuss ‘green energy’ and ‘financial collaboration’ while serving in the White House with top secret clearance.

A current member of the National Petroleum Council – a federal advisory board to the Department of Energy – participated in a meeting with one of Hunter Biden’s Chinese Communist Party-linked business partners while serving in the Obama-Biden administration, deleted webpages reveal.

The erased webpage, which is only accessible through archives, shows the Hunter Biden-linked businessman attending meetings with high-ranking members of the Obama-Biden administration from the Treasury, Commerce, and Energy Departments to discuss matters including “green energy” and “financial collaboration.”

The Thornton Group describes the company Rosemont Seneca, which was founded by Hunter Biden and Obama-era Secretary of State John Kerry’s stepson in 2009, as its “American partner,” in a now-deleted description from its website.

It has leveraged Hunter Biden’s name in other deleted announcements from its website, including explicit references to him as “the second son of current US Vice President Joe Biden,” and been financial partners with investments firms run by the president’s son on billion-dollar deals.

These ties appear to have been exploited to grant Thornton Group executives unparalleled access to officials serving in the Obama-Biden administration, including for a series of meetings in 2010.

A post on the Thornton Group’s website dated April 14th, 2010 details a trip to Washington, D.C. made by Michael Lin, the co-founder & CEO of the company.

During the trip, which occurred while Joe Biden was serving as Vice President, Lin met with several high-level members of the Obama-Biden administration with the “purpose” of understanding how to better collaborate on “green energy.”

“Mr. Michael Lin met with senior U.S. officials from the Department of Commerce, Department of the Treasury and the Department of Energy. The purpose of these meetings was to better understand the current Sino-U.S. trade and investment climate, especially in the areas of financial cooperation and green energy.”

“The meetings went well and Mr. Lin received valuable information,” continues the article which emphasized that the Thornton Group CEO “believes more investments from China into the real economy of the United States will help China ease its overcapacity, reduce excessive liquidity, and make a healthy economy.”

One of the most prominent meetings Lin took was with Matthew Rogers, who, at the time, served as the Senior Advisor to the Secretary of Energy for Recovery Act Implementation. He held this position at the Department of Energy (DOE) from February 2009 to September 2010.

“I led DOE’s $35B Recovery Act program, funding more than 5,000 projects to accelerate US energy innovation,” explained Rogers in a summary of his role on his LinkedIn profile.

In this role, Rogers received a “Department of Defense Q clearance to address national security issues” – one of the highest levels of clearance in the federal government that provides recipients with access to “top secret” information that “could be expected to cause exceptionally grave damage to the national security” if released.

Following his year-long stint in the Obama-Biden administration, Rogers became a member of the National Petroleum Council, which was established by President Harry Truman in 1946.

Chartered as an official Federal Advisory Committee, the “sole purpose of the National Petroleum Council is to advise the U.S. Secretary of Energy on matters related to oil and natural gas, or the oil and natural gas industries,” according to the group’s summary.

“The Council membership of about 200 persons is appointed by the Secretary of Energy.”

Rogers is currently listed as a member of the council’s 2022 to 2023 term, though it is unclear when he joined the council. The group appears to play an influential role in the Biden White House, however, as Energy Secretary Jennifer Granholm has asked the group for advice and to produce reports on the administration’s “goals pertaining to climate change, as well as national economic and energy security.”

It is unclear whether or not Hunter Biden was present at the aforementioned meetings, as pictures from them have even been scrubbed from the archived versions of the Thornton Group’s website.

Additional deleted pages from the website, however, appear to leverage Hunter Biden’s name on behalf of clients, even explicitly referring to him as “the second son of current US Vice President Joe Biden” in an article.

The Thornton Group and Hunter Biden’s Rosemont Seneca Partners also have deep financial ties, as they were the sole American entities comprising BHR Partners, a notorious $1.5 billion investment fund that was underwritten by Chinese Communist Party-run banks and officials. It was birthed less than two weeks after Hunter Biden accompanied his father, the then-Vice President, on a trip to China.