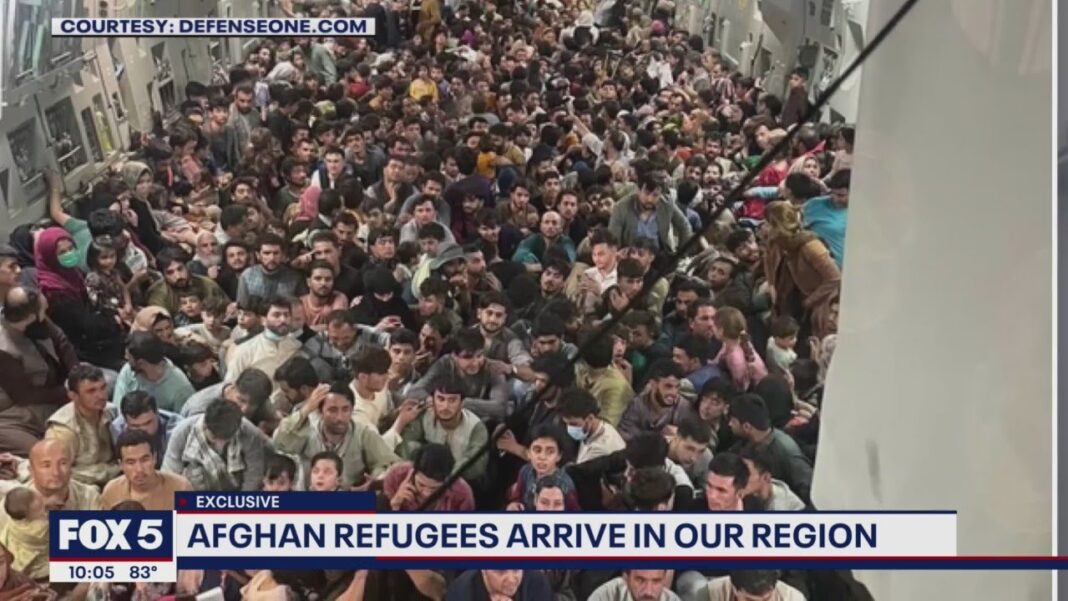 With our political and military establishment spending twenty years waging war in the mountains of central Asia, Americans now know that the old saying about Afghanistan and imperial ambition is a lie. A great nation with a keen pride in its own identity and the destiny defined by it doesn’t risk blood and treasure to convince primitive tribes to adopt its style of governance. Only a failing power that has lost all sense of what once made rivals shrink would spend the lives of its young men and women to plant its flag on a pile of inconsequential rocks. Afghanistan is not the graveyard of empires. Rather, it is where failing regimes go to be euthanized.

The Soviet Union was already crumbling when Leonid Brezhnev sent troops to prop up a Communist regime in 1979. Months after Mikhail Gorbachev withdrew the last Soviet soldier in February 1989, the Berlin Wall was toppled. Russia survived and so will America. It is only the end of our ruling class, the curators of the new world order—globalism—that rose with the end of the Cold War. The impending collapse of this deracinated elite, like that of the Soviet Union, has simply been accelerated by its loss in Afghanistan.

It was not inevitable that what began in the wake of the Sept. 11 as an act of retribution would end in a theatre of self-pity. With lower Manhattan still smoking, Americans entrusted their political and military leadership with their safety and continued prosperity. Many of the most high-spirited among us offered America their service and some gave their lives.

But as the leadership class foundered in Afghanistan—Osama bin Laden had escaped, Afghan democracy proved to be a fantasy, neither its army nor national police force could stand on its own, and so on—it saw that the failures prolonging the war in fact created opportunities for personal advancement. They used Afghanistan as a financial instrument to launder their spoils and purchase the power and prestige that are naturally owed victors. Like all habitual losers, America’s ruling class escapes the shame and humiliation it merits by forcing others to bear responsibility for the crimes it alone committed.

And that’s the context in which to understand the massive airlift for which the Joe Biden administration keeps congratulating itself. Never mind the thousands of Americans sent to their death for no strategic purpose and the trillions of U.S. taxpayer money wasted on the fantasy of turning Afghanistan into a democratic state. The message is: We’re good guys—we’re rescuing Afghans from the clutches of the Taliban.

The ruling class’ phony atonement comes at the expense of the U.S. taxpayer. No one knows how many Afghans will be coming to the United States. Tens of thousands have been settled already, with others reportedly on their way, totaling according to some reports around 120,000. Government sources say that after refugees start bringing over family still in Afghanistan the final tally will likely reach a quarter of a million, maybe more.

The resettlement abuses the generosity of Americans, most of whom don’t understand that the Afghans sent to their communities are not the Afghans who helped Americans. The media, local political, social, and religious organizations have misled them to believe these are the interpreters and others who assisted U.S. troops and other agencies. But according to reports, the Biden team left many of those Afghans behind. So, who are these people?

No one really knows. The problem is not that they are unvetted but that they are unvettable. The biometric information collected by U.S. authorities—and has now reportedly fallen into the hands of the Taliban—documented the Afghans who worked for them. Those among the warring tribesmen who opposed the U.S.-led coalition are undocumented, unless they are so notorious for shooting at Americans that they wound up on terror lists. Those Afghans are known. There are also records of those who committed crimes during earlier stays in Western countries and were deported. As for the rest, they pushed their way into Kabul airport, forced their way on to planes, and now they’re here.

Gen. H.R. McMaster famously showed Donald Trump a 1970s photograph of young Kabul women in miniskirts to dissuade him from withdrawing forces. Trump’s advisor was trying to show that just underneath the country’s primitive violence was an open-minded and liberal core just waiting to be liberated.

But the type of people in those pictures are not part of this wave of Afghan migrants because all those open-minded and liberal Afghans left for the West years ago. The people coming now are poor and illiterate. They support strict Islamic law. Some of the tribal elders brought child brides with them. That is normal in traditional Afghan culture. So is raping young boys, which the Afghans call “bacha bazi.”

These Afghans can hardly be expected to assimilate American values and norms. And yet in one significant respect, these Afghans were shaped by their recent experience with Americans. The two-decade-long occupation trained them to be dependent on U.S. handouts. Thus, it is not entirely accurate to say the Afghans are fleeing the Taliban. Rather, they are following their source of income.

In this light, it’s hard not to feel some sympathy for Hamed Ahmadi, the 28-year-old Afghan refugee who tweeted out a picture of the meager meal he and other immigrants were served when arriving at Fort Bliss. Many commentators called him an ingrate, but see it from his perspective. He was eight when American forces landed. The only world he knows is the one in which the Americans give you money just so you won’t take up arms against them. The way he sees it, the Americans have no choice but to keep paying.