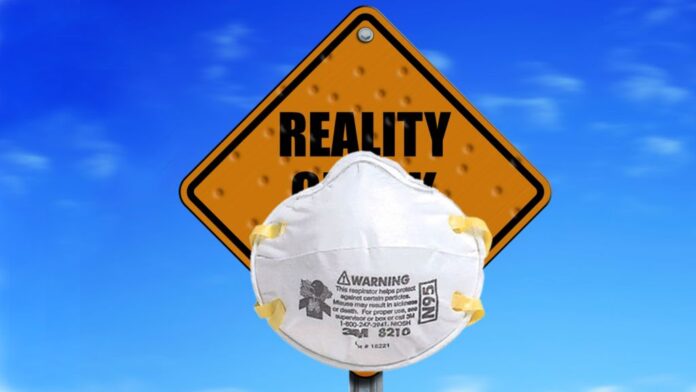 “Excellent codes of law, a fair system of taxation, a better economic situation, more intellectual and religious toleration” – these are the words of the great historian Frederick B. Artz referring to the benefits Italians gained from the ever so illustrious French Revolution. Today, these words seem to strongly reverberate within the hearts of staunch conservatives, as they look back at an action packed Trump Presidency.

Coincidentally, the power disparity in the US today is almost reminiscent of the pre-French Revolution era. Just as the two powerful estates of France joined hands to suppress the rights of the ‘little man’, the Media, Academia, Big Tech and Hollywood have acted in concert to distort the image and disprove the achievements of arguably America’s greatest President since Ronald Reagan – thereby disparaging the will of American Conservatives.

While some see it as an outright attack on conservative values, others consider it a blessing in disguise. Quite honestly, if it wasn’t for the hatred shown by the media – many conservative movements that we see today, would not have even existed.

Take Brandon Straka, for instance – a homosexual man who once hated Trump and campaigned against him with every available weapon in his arsenal. After noticing the relentless display of hatred and bias by the media and liberal groups, he decided to discover the nuances of conservatism and ended up embracing it – kicking off the ‘Walkaway movement’ – a campaign that encourages exasperated liberals to ‘walk away’ from the toxic doctrine perpetuated by radical liberal groups.

Another comforting prospect is the rise of conservative outlets. Nearly a month after the election, Greg Kelly of Newsmax scored a big ratings win over Martha MacCallum of Fox News for the first time ever, in the crucial age category of 25-54. Parler too, has been making inroads among conservatives, making it one of the most downloaded apps since November 2020. The long-standing dispute over the election results also saw the rise of individual conservative voices on public platforms, many of whom have flourished at an astonishing pace.

Although several lawsuits have already been rejected, there are mathematical anomalies that still remain unsolved. Like how Joe Biden, despite winning just 524 counties (effectively one out of six in the US) – won 80 million votes? The math doesn’t seem to add up when you compare Biden’s performance with Obama’s in 2008 where it took him 874 counties to gain 69 million votes.

Add to that the rejection rates of mail-in-ballots, which, in the State of Georgia – plummeted from 3% in 2016 to 0.24 percent in 2020, registering a 12-fold decrease. It was even worse in Pennsylvania, where it shrunk to 0.03% this year from a solid 1% in 2016 – a 30-fold decrease. Considering the tremendous surge in mail-in voting this year, this too, seems statistically improbable.

None of this is to take credit away from Biden, but such a large victory seems highly unlikely, given how Donald Trump outperformed his 2016 numbers in all the major urban counties, including the most populous ones of Los Angeles, Cook and Harris.

Even in New York, which is usually considered an uncontested blue state, Trump performed remarkably well – gaining an additional 42,000 votes in Queens, 21,000 in Bronx and 7000 in Manhattan, with an overall addition of 425,625 votes. So to believe that Biden only gained in the urban counties of the critical Swing States where the results were delayed – is too far-fetched to digest, even for democrats – which is perhaps why the recent Rasmussen poll showed a staggering 30% of democrats questioning the integrity of the election.

A large chunk of the above analyses comes from Steve Cortes – a man who spent 25 years on Wallstreet as a strategist for some of the leading hedge funds in the world. It’s hard not to believe the claims, especially when it is presented by an experienced analyst and backed by strong statistical evidence.

Sadly, even YouTube, whose original slogan was to “Broadcast yourself”, has now brought forward new restrictions on uploading election based content. True, it is disturbing to have uncertainty surrounding the Presidency of the greatest nation in the world, but nothing is more disturbing than authorities turning a blind eye to hardcore evidence.

Thanks to the Media and ‘Fact Checkers’, we have now got to a point where truth is so entangled that it doesn’t only take an expert to uncover it, but a braveheart to articulate and validate it especially considering what may ensue in the event of a reversal.

The likelihood of another Donald Trump presidency, although minute, is still on the cards. But if mathematical, circumstantial, visual, verbal and auditory evidence does not prove enough, I am not sure what will.