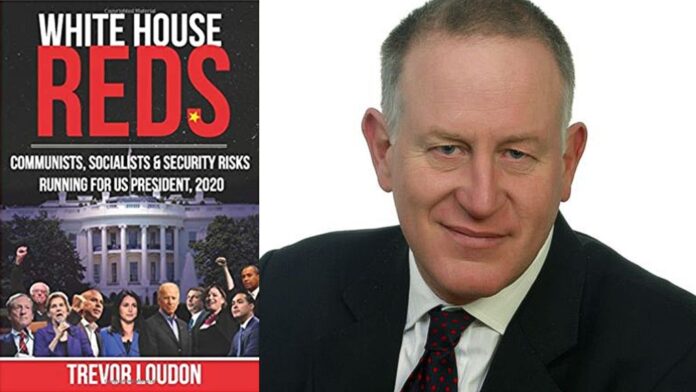 On the show Fox & Friends on May 23, 2019, Donald Trump, Jr. said the 2020 election would be about “Communism versus Freedom”. He was right. White House Reds profiles ten high profile contenders for the Democratic presidential nomination – all of them communists, socialists or security risks. White House Reds is the best researched and most shocking political exposé of this or any recent election cycle.

Former Senator Scoop Jackson (D-WA) had a famous quote: “In matters of national security, the best politics is no politics.” Unfortunately, both corporate and far left Democrats abandoned that worldview as a result of the rupture with Big Labor nationalists, populists, and anticommunist social democratic ideology which rejected totalitarianism and accepted the post-WWII model of Stakeholder Capitalism.

Labor was pushed out by 1972, the McGovernites moved in, while Sixties New Left radicals and the numerically small but influential Communist Party USA fronts moved into the Democratic Party, gradually seeking a Popular Front. Former CPUSA Chairman Gus Hall wrote in 1972 that the Party sought to use one of the “operating legs” within the leftwing camp of the Democratic Party to achieve its goals albeit slowly. On the other end of the equation, corporate Democrats blended their ideology of deregulation, free trade, and disdain for Stakeholder Capitalism, which culminated in the consolidation of Clintonism for much of the 1990s.

The strengths of Trevor Loudon’s research lie chiefly within his exploration of the real links between a number of well-known progressive and corporate Democrats and hostile foreign powers and extremist groups of the Left (especially Democratic Socialists of America or DSA). The history of these connections tend to be disturbing and calls into question the ability of many elected officials within the Democratic camp to forge a national security policy that works in favor of American interests. From Joe Biden’s connections with the Soviets and Chinese, along with Bernie Sanders’ formerly close ties with the Socialist Workers Party (a Trotskyite Communist group-which ironically dislikes him as a sellout), these are the questions that a normally inquisitive media should be asking. After all, if a Republican elected official or candidate was connected to a National Socialist group or cause years ago, there would be a hue and a cry in the mainstream media. (And I am by no means a Reaganite conservative or libertarian). So why the silence about foreign or extremist connections of elected officials representing the Left.

Loudon’s book is one of the few well sourced texts which comprehensively explores these connections…ones that few in the media (with some exceptions) dare to cover. ~ Nevin Gussack