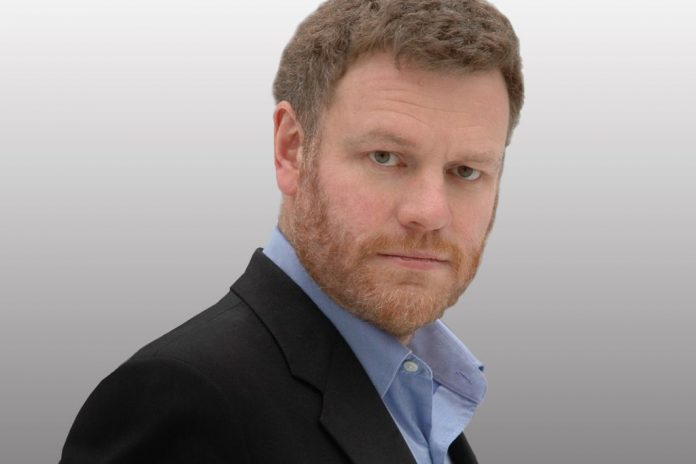 All of which happens to be true.

His most recent CD is his cat album, dedicated to his own beloved cat Marvin: Feline Groovy: Songs for Swingin’ Cats was a Number One jazz bestseller, a Top Twenty album on the Billboard chart, and a Top Thirty album on Amazon’s pop chart. “A Marshmallow World“, his Christmas single with Jessica Martin, reached Number Seven on Amazon’s easy listening bestsellers, and Number 41 on their main pop chart. Their subsequent full-length Christmas album, Making Spirits Bright, reached Number Four on the jazz chart. “Nine Lives“, the song he co-wrote with Kevin Amos, was a Top Thirty smash on the Moldovan Hit Parade. Thank you, Moldova!

Steyn’s human rights campaign to restore free speech to Canada led to the repeal by Parliament of the notorious “Section 13” hate-speech law, a battle he recounts in his book Lights Out: Islam, Free Speech And The Twilight Of The West.

In the United Kingdom The Mark Steyn Show airs every evening Monday to Thursday on GB News. Mark also presents Steyn’s Song of the Week every Sunday afternoon on Serenade Radio. In New York he can be heard with his longtime EIB comrade, Bo Snerdley, every Tuesday on 77 WABC.

For a decade and a half until Rush’s death, Mark was a hugely popular guest-host of America’s Number One radio show The Rush Limbaugh Program. He was also a favorite guest-host of America’s Number One cable show Tucker Carlson Tonight, and hosted its lead-in-show Fox News Primetime. He regularly drew some of the highest ratings in all US television as a host for Tucker and other top shows.

With fans around the world, Steyn has appeared on stages across the planet from Toronto’s Roy Thomson Hall to the Sydney Conservatorium of Music. His 2016 nationwide tour of Australia was sold out coast to coast. He has spoken in the Canadian Parliament, the Ontario Parliament, the Danish Parliament, and the Australian Parliament, where he was introduced by the then Foreign Minister, Julie Bishop.

Over the years, Mark’s writing on politics, arts and culture has been published in almost every major newspaper around the English-speaking world, including Britain’s Daily Telegraph, Canada’s National Post, The Australian, The Irish Times, The Jerusalem Post, The Wall Street Journal, and many more.

Mark’s other books include A Song For The Season, Mark Steyn’s Passing Parade, Mark Steyn From Head To Toe and The Face Of The Tiger. His personal view of musical theatre, Broadway Babies Say Goodnight, is an acknowledged classic published to critical acclaim in London, and to somewhat sniffier notices in New York.

If you click here, you can find the answers to several FAQs about Mark. You can learn more about him in this interview by Simon Mann from The Age in Australia and in this appreciation by Robert Fulford in Canada’s National Post. For more on his approach to the writing life, read this interview with Michele Kirsch of Britain’s Channel 4, and enjoy the end result in these quotable barbs as collected by Brian McDermott in Dublin, in John Hawkins’ Best of Steyn from recent columns, or in Greg Ransom’s Quotable Steyn.

Interview by Simon Mann from The Age in Australia