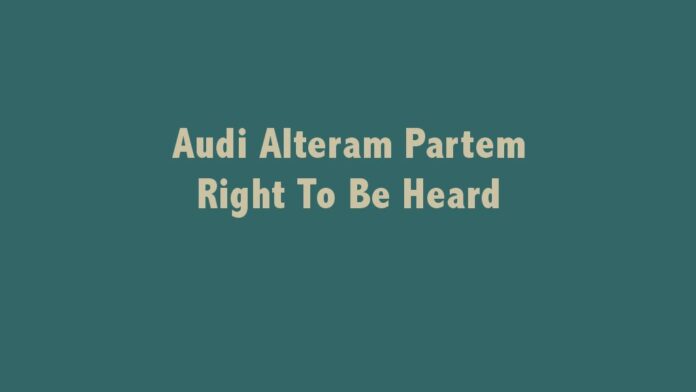 If you’ve ever been to a beautiful, unspoiled countryside in Switzerland, you may have seen tent like structures filled with fruits, vegetables and an empty drop box – usually devoid of people. First time visitors often find it strange and may even end up stealing a fruit or two, but for the natives in the countryside, it is far from intriguing.

Patrons who visit these stores usually pick up what they want and leave the corresponding amount in the bags labeled ‘Caisse’ (meaning checkout in French), kept aside for collecting cash. There are no supervisors or salesmen, nor do they have surveillance cameras; but the cases of theft till date, have been close to none! The level of gratification this generated among farmers who run these stores was so high that they named them – ‘honesty’ shops.

When the election was called for Joe Biden by the mainstream media, my friend from Switzerland who graciously explained to me this concept, made a very witty remark. He said “Imagine leaving your honesty shop wide open at night in a Democrat-run city. You’d be lucky to even find a pole clip when you wake up.”

He was basically summing up the US election in a simple one-liner, but it struck me hard. The possibility of election irregularities was rightly pointed out by several political pundits months before the election, but the democrats refused to lend their ear for obvious reasons. The primary elections in Wisconsin and Pennsylvania showed us precisely why bureaucratic ineptitude could lead to delays, errors and irregularities. Adding validity to it, New Jersey’s all mail-in election conducted earlier this year saw operatives being arrested for election misconduct, with one agent openly admitting that he had stolen ballots.

The 2020 Presidential Race was an assortment of tense battles, thrashing defeats and thrilling wins but it certainly lacked the most important constituent of a high-stakes election – ‘Honesty’.

Anyone who went to bed with a rational mind on November 3 would have assumed an easy win for Donald Trump. With leads of 57-41 in Pennsylvania, 52-43 in Michigan, 52-46 in Georgia, 51-46 in Wisconsin and an assured victory in North Carolina coupled with a reversal of trends in Arizona, it was highly unlikely that Biden could make inroads strong enough to take down Trump in the overall electoral votes. But what ensued – was a shocking turn of events.

Now that news outlets have cleverly called it for Joe Biden and his PR work already underway on Social Media, some may dub the possibility of election fraud ‘a soar loser’s sob story’ but if the numbers and trends are any indication, a Trump triumph cannot entirely be written off.

Spare a thought for these facts – Donald Trump received nearly 10 million more votes than he did in 2016 and a whopping seven million more than Obama’s tally of 2012. He also received higher Black, rural and Hispanic votes as well as tens of thousands of additional votes in democratic strongholds like New York City and California – making him the first Republican President since 1960 to receive the highest number of non-white votes in an election. The Republicans still lead in the Senate, gained more seats in the House of Representatives and retained Governorships in all incumbent states besides defeating the democrats in Montana for the first time in 16 years. Long story short, the blue wave was never to be seen.

The media may convince you that it is a coincidence but to believe that a candidate whose presidential campaign was largely characterized by near-zero turnouts, corruption scandals, sexual allegations, sensitive comments, cognitive struggles and endless gaffes – ended up receiving more votes than any presidential candidate in US history – is absolutely appalling. One could only imagine how shocked Obama himself was, when he knew Joe Biden received 12 million more votes than he did in 2012.

Forget the projected results. What is more alarming is the sinister plan unleashed by the media to paint a bleak picture of Trump’s possibilities and silence his team’s allegations at every given opportunity, denying the most fundamental right of natural justice – audi alteram partem (right to be heard) to the Republican Party. Mainstream Media Outlets abandoning the President’s press conference and Fox News cutting off Kayleigh McEnany were all disappointing examples of such infringement but thanks to the intellectual dark web and conservative online outlets, the truth will circulate.

Anyone who speaks up for Trump or his allies is now deemed a conspiracy theorist and any allegation of voter fraud or irregularity that is brought up is dismissed as ‘fake news’. Not only does this level of intimidation and labeling silence people, but it gives a false impression of a comprehensive Biden victory, the waves of which have already crossed oceans. With the exception of Sky News Australia, global media outlets have taken a similar approach, perhaps not realizing the stark divide but if Rudy Giuliani’s claims are anything to go by, it will all soon be exposed as smoke and mirrors.

Funnily enough, mainstream media outlets are still stuck with the same modus operandi they followed for the past 4 years – Communal Reinforcement. Be it the Russian Collusion, impeachment, Brett Kavanaugh or the Black Lives Matter riots, they have consistently crafted sharp storylines in an attempt to keep their allies ahead in the race. The good news is, it has only made the president’s prospects brighter so letting them play out their narrative, isn’t quite a bad idea.

One of the very first steps to Gleichschaltung (Nazification) in Germany was bringing all forms of mass communication – newspapers, radio, television, theatre and even public meetings under government control, while simultaneously silencing opponents and producing propaganda art and literature to serve the interest of the incumbents. Interestingly in the US today, it is the exact opposite that is taking place.

Ever wondered why the opposition calls a President ‘Nazi’, after constantly stifling his voice, flagging his tweets, fact checking his speeches and abandoning his press conferences? Add to that the late night talk shows that make him a laughing stock, the celebrities that curse him in public and the radical groups that riot and loot at his expense. Not to mention conservative commentators and news outlets that are restricted, censored, demonetized and even blatantly blocked from voicing their opinions on public platforms.

Virtually every system that controls thought and opinion – Academia, Media and Big Tech are under democratic control, so if anyone deserves to be compared to Hitler, it has got to be Joe Biden and Company.

Whether or not Trump wins this battle, his rightful reluctance has opened up a large array of dishonest and fraudulent elements in the system. And if Big Tech and Mainstream Media doesn’t give up activism and return to ‘factivism’ soon, they could well be digging their own grave.