Mukwonago, Wis.—“In times like this, we trust our Lord to take care of everything,” said Nils Haldorsen, a friend of the Sparks family who lost their son in the Christmas parade attack in Waukesha, Wisconsin.

Eight-year-old Jackson Sparks was the youngest victim who died after suspect Darrell Brooks rammed his SUV into the parade on Nov. 21.

Haldorsen drove from nearby Lake Geneva to attend the funeral at Brooklife Church in Mukwonago on Dec. 2.

He spoke with The Epoch Times in the church parking lot.

“We all have free will, and Mr. Brooks chose to do that. It is very hard to reconcile with what happened, but we shall find peace and comfort in our Lord,” Haldorsen said.

When James Sparks, great-uncle of Jackson, heard of his death he could not believe it.

“The whole family were shocked,” he told The Epoch Times.

“Nothing even close to this ever happened in our family. Yes, we have grandma die, but nothing like a child.

“I am not an emotional type. I don’t hate Brooks. He slipped through the cracks. But whoever let him out on bond should at least lose his job.”

Last year, Brooks was arrested for a shooting incident in his home city Milwaukee and locked behind bars on a $7,500 bond.

Shortly before the parade attack, Brooks was arrested again in Milwaukee for allegedly running over the mother of his child with his SUV.

An assistant prosecutor reviewed the previous $500 bail, and decided to double it to $1,000 bail, which was granted by court commissioner Cedric Cornwall.

Brooks posted bail, left jail, and days later, rammed his vehicle into the parade in nearby Waukesha.

It was a tragedy that was not only unseen in the Sparks family, but also in small towns like Waukesha, Mukwonago, and Lake Geneva, all with populations around 7,000. 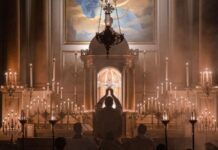 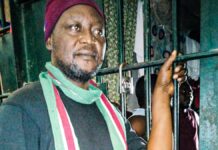