The Army plans to circumvent the problem by offering $1 billion for its recruiting program and placing more emphasis on the use of its reserve units.

The Epoch Times reached out to the U.S. Army Recruiting Command for comment, and Maj. Charles Spears of the Combined Arms Center replied to various inquiries about the state of recruiting. Spears offered several reasons for the Army’s recruiting challenges in the years ahead.

First, he said, “only 23 percent of American youth are qualified to serve without a waiver, [noting that] obesity, addiction, medical, and behavioral health are the top disqualifiers for service.”

The Army is also competing with corporate America, he said, adding that “social media’s virtual public square shapes the values and perceptions of American youth, which is increasingly unfamiliar with the benefits of Army service.”

According to Spears, the American population is “increasingly disconnected” from serving in the Army and military service, Spears said. “Oftentimes, influencers [like parents, teachers, and coaches] do not recommend military service.” He also added that “the share of youth who have seriously considered military service is at a historic low of nine percent.”

Finally, Spears said, “the COVID-19 pandemic severely limited the ability of recruiters to interact with prospects in person, [and] also exacerbated academic and physical fitness challenges, limiting the pool of qualified applicants.” As a result of the COVID-19 pandemic, he said, there has been a nine percent decrease in Armed Services Vocational Aptitude Battery (ASVAB) scores as well as increased applicate obesity.

In addition to these factors, servicemembers have expressed other concerns that they say have contributed to the recruitment crisis. 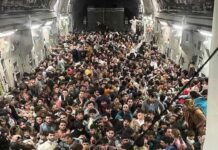