A professor at a Southern California college was caught on video becoming confrontational with one of her students after he called police officers “heroes,” a sentiment that the teacher strongly disagreed with.

Cypress College student Braden Ellis delivered a presentation on how cancel culture is “destructive and tearing our country apart” during a communications class that was being held remotely. Ellis cited the example of “PAW Patrol,” a cartoon about search and rescue dogs aimed at children ages 2-4. Last June, the outrage mob attempted to cancel the cartoon because one of the dogs on the kids show depicted police in a positive manner.

Ellis told the Daily Wire that after his presentation, there was a 10-minute question-and-answer session, which is when the woke professor attacked the student’s opinion that a “good majority” of police officers are heroes.

The professor is seen on the Zoom conference call telling the student that the issue with police is “systemic,” and she claimed the reason the United States has police departments “stems from people in the south wanting to capture runaway slaves.”

The first police department in the United States was established in New York City in 1844, according to Britannica. “Other cities soon followed suit: New Orleans and Cincinnati (Ohio) in 1852; Boston and Philadelphia in 1854; Chicago and Milwaukee (Wis.) in 1855; and Baltimore (Md.) and Newark (N.J.) in 1857.”

In 1799, New York state enacted the “Gradual Emancipation act that freed slave children born after July 4, 1799, but indentured them until they were young adults,” according to the New-York Historical Society. “In 1817 a new law passed that would free slaves born before 1799 but not until 1827.” President Abraham Lincoln issued a preliminary Emancipation Proclamation on Sept. 22, 1862. 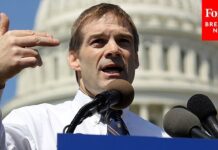 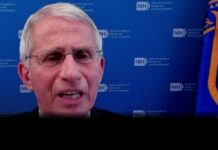 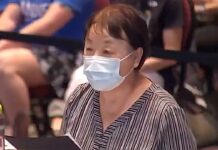