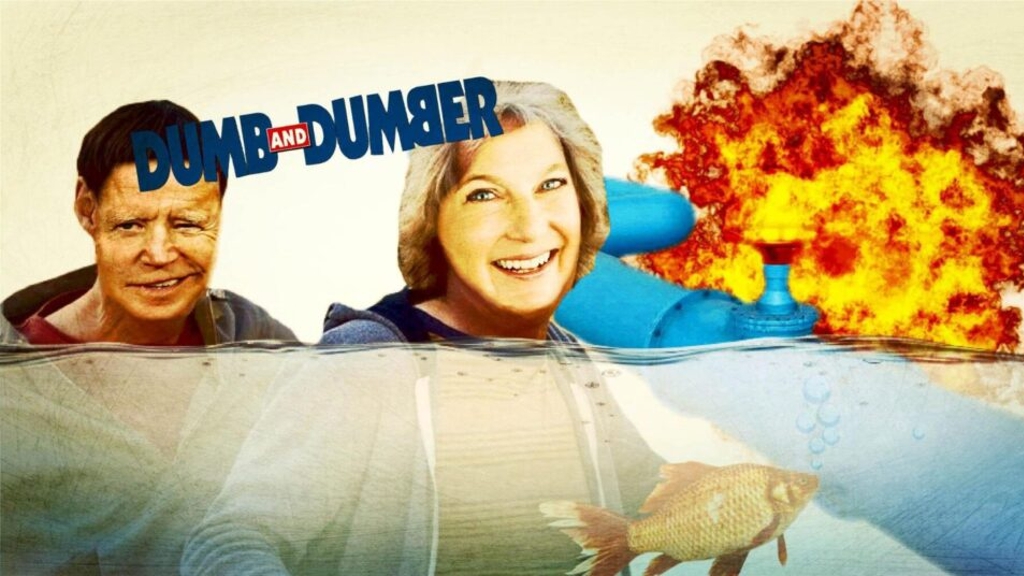 Oh no! In a mysterious mechanical failure, both Nord Stream pipelines through the Baltic Sea have suddenly ruptured, cutting off a major supply of natural gas from Russia to Europe and possibly causing an environmental disaster as well.

Gas bubbles from the Nord Stream 2 leak reaching the surface of the Baltic Sea show disturbance of well over one kilometer diameter near Bornholm, Denmark.

Who is responsible for this? Oh, come on, it’s not hard to take a guess.

BIDEN admits US behind sabotage of Nordstream 1 and 2.

Biden: "If Russia invades…then there will be no longer a Nord Stream 2."

Reporter: "But how will you do that, it's in germany's control?"

Biden: "I promise you, we will be able to do that." pic.twitter.com/idlxQYuAqU

As long as the Nord Stream pipeline existed, it was a potential diplomatic and economic weapon in the Ukraine conflict. Though Russia was still supplying gas to Europe, there was the possibility that they might cut off gas to put pressure on Europe, or that the desire to keep the pipeline operational would nudge Europe toward seeking a negotiated end to the war.

Now, with the pipeline gone, so is that leverage. Of course, it’s also massively damaging to Europe’s economy and energy security. But whoever destroyed it didn’t seem to care much about that.

Before yesterday, the only impediment to Germany receiving Russian gas from Nordstream 2 was political–Scholz wouldn't allow it

Now that USA (or its proxies) destroyed the pipeline, Germany is fucked https://t.co/YlvXpNZCPF

Comically, the U.S. has put out statements about how it is ready to help its allies in the wake of this unfortunate incident:

“I’m not going to speculate on the cause, and I know our European partners are investigating. We stand ready to provide support to their efforts,” the official said, speaking on condition of anonymity.

“This just drives home the importance of our efforts to work together to get alternative gas supplies to Europe and to support efforts to reduce gas consumption and accelerate true energy independence by moving to a clean energy economy.”