PRESIDENTIAL IMPEACHMENT: Attorney #AlanDershowitz says there was no immediate or direct incitement in President Trump’s speech before the violence at the Capitol.

The impeachment article introduced today charges Trump with “incitement of insurrection” after the riot.

Host: Joining us now to discuss the latest developments in Washington, Harvard law Professor Emeritus, Alan Dershowitz. Professor thank you so much for joining us here on Court TV. I want to talk to you about last year, what you did on the senate floor, making those arguments, defending President Trump, not because of partisan politics but because you are a staunch defender of the Constitution, and one of the things I remember you stressing was it you need constitutionally authorized criteria in order to impeach. So it seems to me today that much of what you argued last time is applicable today, here in now, in the second push for impeachment. Tell me, do you agree?

Alan Dershowitz: Even more so, because now they trying to impeach President Trump on the basis of a constitutionally protected speech. So this involves not only the criteria for impeachment under the Constitution which the Democrats are tried to stretch beyond any rational basis, but they’re also trying to impeach me violation the First Amendment. The speech he made, which I disapprove of thoroughly. I think it was wrong to give it, but the speech he made was completely protected by the Constitution. Leading cases Brandenburg vs Ohio which involved the Ku Klux Klan Nazi who was making terrible allegations, kill the jews, send the blacks back to Africa and the Supreme Court unanimously held that that was protected unless, unless it was an immediate incitement and direct incitement to violence. And that’s not what happened on Wednesday of last week.

Host: Professor is there even time for an impeachment trial given the president has 9 more days left in office.

Alan Dershowitz: No there is not and that also raises serious Constitutional questions. You can’t impeach unless you’re going to give the president of trial, and you can’t have an impeachment process once the president left office. It’s only designed to remove a president. Incidental collateral effect could be that he couldn’t run again, but the core is to remove him from office and there just isn’t enough time. Under the Senate schedule you couldn’t even have a vote on this until 1:00 in the afternoon on January 20th an hour after President Trump becomes Mr. Trump and so it would be on unconstitutional to impeach him.

Host: Professor, I would like to talk to you about the way that some have characterized the riot at the Capitol. We’ve heard words used like insurrection, treason, and terrorism, a coup d’etat and I’ve been listening to your podcast, The DerShow, and on your podcast you talked about how it’s not any of these things. But what you really worry most about is our Constitution. Would you explain to us why, please.

Host: Professor Dershowitz, I want to talk to you a little more about the president’s speech last Wednesday, if I can please. And as you know here at Court TV we focus on the facts and the law, and politics stays out. So what I really want to talk to you about is how the law relates to to, and you touched on it a moment ago, and with respect to some of the allegations, that there was this incitement of violence by the president against our Capital. Can you tell us what does our Constitution say about that?

Alan Dershowitz: Well, the constitution distinguishes between advocacy, which is protected by the Constitution. For example you can advocate over throwing the government. You can say, I think the government should be overthrown. I think the Supreme Court should be abolished. I think segregation should be restored. You can advocate anything you want. You can’t incited. Incitement means telling somebody directly, do it now, do it violently, do it now. If the president said, I am leading you now and we’re going to break in together into the capital and we’re going to kill policemen and we’re going to take over the Senate, that would be incitement. But making a general speech, hundreds of people have made a similar speech in the Capital. They said march to the Capitol, show with strong, show we’re fighting for our rights. This was done by suffragettes, by civil rights activists. Those are good people. It was also done by the clan, it was also done by neo-nazis, and by communist. No matter who does it, it’s protected speech. Go to the capital is protected speech. It’s petitioning the government for a redress of grievances protected by two elements of the First Amendment.

Host: I Remember you talking on your podcast the DerShow about how you worry about the First Amendment being eroded with a lot of these calls and with this push, this push for impeachment for incite of insurrection. Would you elaborate on that more please, Professor.

Alan Dershowitz: What I’m worried about is the precedent this will set. It took us years and years and years to establish the distinction between the dissent and incitement, and it’s very important that we preserve that distinction. And here in the interests of ending the presidency a few days early, many people on the left, many people who order know better, are prepared to compromise what we fought for for so many years to preserve under the First Amendment. The difference between advocating something and actually doing it. We ought to punish the doers. Jefferson wrote about that in 1801. Madison wrote about that. Part of our Constitution heritage distinguishing between those who advocate and those who commit violent acts.

Host: The position is that the president’s speech last Wednesday is protected speech. You can love it or hate it, but it is protected. And going back to your original point that in order to have an impeachment you have to have constitutionally authorized criteria and this one is not, because that speech was protected.

Alan Dershowitz: Absolutely right. The Constitution talks about treason, bribery or other high crimes and misdemeanors. This doesn’t fall into any of those categories. This is protected speech and it would establish a terrible precedent to be able to impeach a president or anybody else for exercising his constitutional right to speak and to petition the government for a redress of grievances.

Host: Professor, as you know there was a push to try to invoke the 25th Amendment and something that you’ve talked about in your podcast is that it isn’t applicable in this case. Would you explain to us why, please.

Alan Dershowitz: It’s not even a close question; this is an attempt to really stretch the 25th Amendment beyond any possible meaning. The 25th Amendment was intended for a president who had a stroke, like Woodrow Wilson, a president who was shot like Ronald Reagan. Even for a president who had to go in for a two-hour-long colonoscopy but who was unconscious. It does not apply to a president you disagree with, even to a president who has committed an impeachable offense. Then impeach him. But you can’t use the 25th Amendment. This President is capable of serving. In the next 8 days he can help bring about peace in the Middle East, which he’s tried to do. He can pardon people. Those are presidential functions he can perform, so it would be wrong to invoke the 25th Amendment and Vice President Pence is 100% right in refusing to invoke the 25th Amendment, just as he was right when he refused to try to undo the election on the floor of the Senate. We have to look at the big picture. We are a great and vibrant democracy. The rioters lost. They will be arrested. They will be prosecuted. They lost the vote in the Senate. The marketplace of ideas operated fine. We don’t need to be impeaching, disbarring, or preventing people from speaking. We are a great country and in our country we can have all sides of every issue presented without efforts to try to suppress free speech. 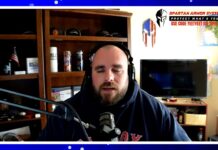 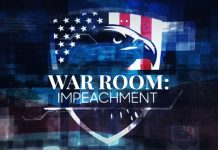 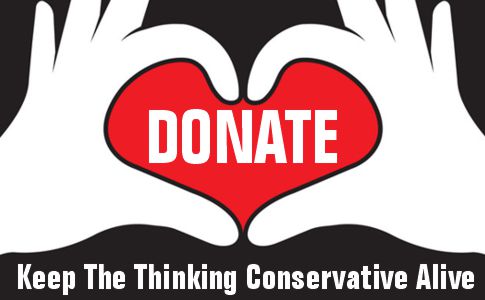