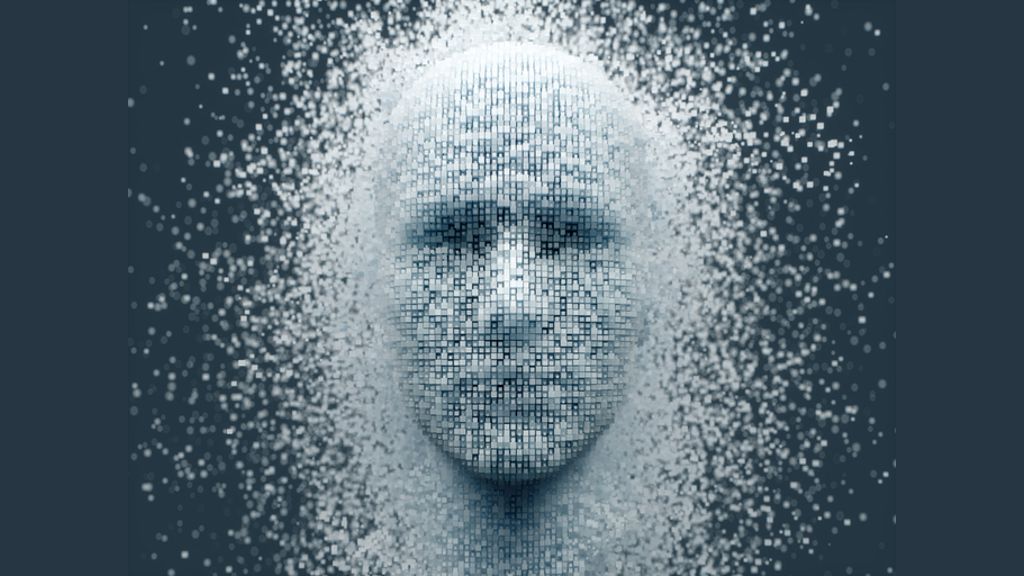 Two new books offer a single choice: merge with machines or be left behind

Artificial intelligence operates on a different plane than human reason. As described by various futurists and technologists, AI is literally an “alien mind.” In advanced artificial neural networks, the modes of cognition—the logical steps behind any given conclusion—are completely incomprehensible, even to their creators.

In the coming years, this nonhuman intelligence will change everything about our personal lives, our social organization, and how we think. That’s the premise of two books published back-to-back this year—one from the West, the other from the East.

The Age of AI: And Our Human Future is a primer on technetronic civilization for Western policy makers.

AI 2041: Ten Visions for Our Future is a similar effort for an Asian readership, with nods to TED Talk snobs and the Davos elite.

The former argues that artificial intelligence already displays unearthly powers of perception. It will soon determine the fate of nations. The latter envisions algorithms becoming quasi-spiritual entities who cradle a new humanity. These beings are “inevitable,” the authors maintain, and the risks to our freedom are profound.

As legacy humans, our choice is to either reject this alien intelligence and fall behind, or to forge a “human-AI symbiosis”—to let ethereal tentacles probe us, analyze us, and guide our evolution.

Normal people are horrified by either prospect, but that’s irrelevant. The future doesn’t care about your feelings, nor do the people creating and directing it.

The central thesis of The Age of AI is that artificial intelligence will soon be ubiquitous in our lives, including government. Going forward, AI’s unique breed of cognition will expand our view of reality. Nothing will be the same.

This claim rests on the authority of Eric Schmidt, the man who turned Google into God; Henry Kissinger, former Secretary of State (1973-77) and global strategist; and Daniel Huttenlocher, dean of MIT’s College of Computing.

“The characteristics of AI—including its capacities to learn, evolve, and surprise—will disrupt and transform them all. The outcome will be the alteration of human identity and human experience of reality not experienced since the dawn of the modern age.”

Already, algorithms influence our decisions about food, travel routes, cultural enjoyments, information flow, political alignment, and hiring. In the aggregate, the human race is being sifted through a subtle digital filter. When we arrive at the other end, every aspect of our existence will be reorganized.

Wisely, The Age of AI ignores biological evolution. But algorithms are also reshuffling our mating patterns through dating apps—including a few explicitly based on our genetic compatibility. In essence, future generations will be digital test tube babies, with or without direct gene-editing.

Ultimately, the greatest impact will be spiritual:

“AI promises to transform all realms of human experience. And the core of its transformations will ultimately occur at the philosophical level, transforming how humans understand reality and our role in it. … To the two traditional ways by which people have known the world, faith and reason, AI adds a third.”

After its parameters are set, a deep neural network teaches itself on vast datasets. It often evolves in unexpected directions, creating accurate models that would otherwise be out of our grasp. Its primary advantages are breadth and speed. Neural networks can process massive amounts of data, collected from across the globe, in moments. This mental process can be applied to anything from molecular biology to security threats to forbidden memes.

“[I]t is evident that we are in the presence of another experience of reality by another sophisticated entity. … Especially in the case of AGI (artificial general intelligence), individuals may perceive godlike intelligence—a superhuman way of knowing the world and intuiting its structures and possibilities.”

Grown men and women must adapt to this evolutionary force, but kids will be cultural mutants from birth. The authors foresee children being educated by AI-powered companions—be they chatbots or humanoids—who monitor their development and respond accordingly.

“If children acquire digital assistants at an early age, they will become habituated to them. At the same time, digital assistants will evolve with their owners, internalizing their preferences and biases as they mature. … [O]ur dependence on one another, on human relationships, may decrease.”

Despite these cursory warnings, the authors conclude that rejecting digital transformation as a society is “infeasible.” Any isolated community that clings solely to faith, reason, and traditional modes of life—whether in child-rearing or economics—will be unable to compete in this new environment.

“[A]s society becomes ever more digitized, and AI ever more integrated into governments and products, its reach may prove all but inescapable.”

AI as a Data-Hungry Ghost

Adopting a global perspective, AI 2041 fleshes out the spiritual impact of artificial intelligence. The book combines the technical expertise of Kai-Fu Lee—CEO of Sinovation Ventures, former head of Google China, and a World Economic Forum co-chair—with the fictional motifs of  Chen Quifan, whose stiff prose I’ll attribute to translation. Each chapter consists of a short story by Chen, followed by an analysis by Kai-Fu on what to expect in the next two decades.

The book’s underlying message—apparent in chapter titles like “Gods Behind the Masks,” “My Haunting Idol,” “The Holy Driver,” and “The Job Savior”—is that AI-powered entities will satisfy religious longing.

In one short story, a Hindu girl relies on an app in the form of the elephant-headed god Ganesh. In another, a gay Nigerian winds up channeling African deities in a mystical deepfake. In yet another, Asian twins are given virtual companions—perceived through augmented reality glasses—who become images of their souls.

The most chilling scenario follows a desperate Russian who travels to an “Isle of Happiness” in the Middle East. There, he undergoes biometric surveillance in order to find meaning in virtual fantasies. As one character explains:

“Only AI can know the unique psychological signature of each individual. We hope to discover more happiness-related biomarkers and add more diversified metrics to measure satisfaction—things like what makes people feel challenged, or gives them a sense of purpose, or a more profound understanding of interpersonal relationships.”

This is a core concept in techno-fetishism. In order to survive, human beings evolved a hierarchy of needs for food, security, social bonds, status, and self-realization. Traditionally, satisfaction has been hard-won. If the mechanisms behind these needs can be correctly identified, though, various devices can be tailor-made to satisfy human longing.

It’s the same mechanism behind synthetic opioids. Humans evolved neuro-receptors to receive endorphins, and opiates fit those receptors nicely. The same principle applies to “likes” on social media apps. Some cynics claim the Freudian need for a “big daddy in the sky” can finally be met by AI-powered virtual deities.

Chen’s fiction in AI 2041 leaves room for dark interpretation, but Kai-Fu’s analysis brims with optimism. He remains skeptical of extremes like brain augmentation or an all-powerful AI taking over the world. Instead, he focuses on practical “human-AI symbiosis.”

Over the next two decades, Kai-Fu envisions wall-to-wall augmented and virtual reality, hyper-efficient smart cities, miraculous medical care, and post-scarcity states resulting from automated production. Despite the risks and pitfalls—including digital enslavement by elites—he’s confident that it’s all for the best:

“AI will give us a comfortable life and a sense of security, pushing us to pursue love and self-actualization. AI will reduce our fear, vanity, and greed, helping us to connect with more-noble human needs and wants. AI will take care of all that is routine, invigorating us to explore what makes us human and what our destiny should be.”

If civilizational transformation is “inevitable,” one has to believe it’ll be an improvement just to stay sane.

Coming back to America, Eric Schmidt leaves us with no workable option but to accept the AI revolution. If the West doesn’t upgrade to Humanity 2.0, then China—or someone else—will beat us to the punch.

In that case, our military will be overrun by precision missiles, super-soldiers, and autonomous drone swarms. Our cybersecurity will be irrevocably shattered. Left to our archaic devices and stubborn independence, we’ll wake up to find hyper-productive smart cities in Asia dominating the planet—driven by blanket surveillance, AI data analysis, and superior weaponry.

According to the evolutionary rule of the superorganism, hive-like smart cities are destined for success: “Selfishness beats altruism within groups,” the dictum goes. “Altruistic groups beat selfish groups. All else is commentary.”

Reading the 2021 report by the National Security Commission on Artificial Intelligence, chaired by Schmidt, one can divine a similar principle at play: Old school humans are more natural than cyborgs. Technocratic groups beat natural groups. Assimilate or die.

But this requires a leap of faith, not to mention a defeatist attitude. Contrary to the Inevitability Myth pushed by technocrats, we still have options. It’s ridiculous to hear the same people insist human choice will determine global weather patterns, and then claim runaway technology is out of anyone’s hands.

The technocratic train may have already left the station, but nothing is “inevitable.” We always have a choice. With that in mind, anyone who doesn’t want to ride should be planning alternative routes now. That monster’s hurtling down the tracks, conducted by advanced AI, and we’re definitely standing in its way. 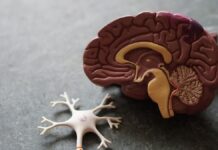 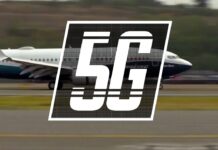 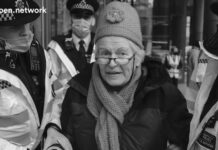