Home Opinion Truth or Consequences AXIOS Is Right! Conservatives Are Taking Back America 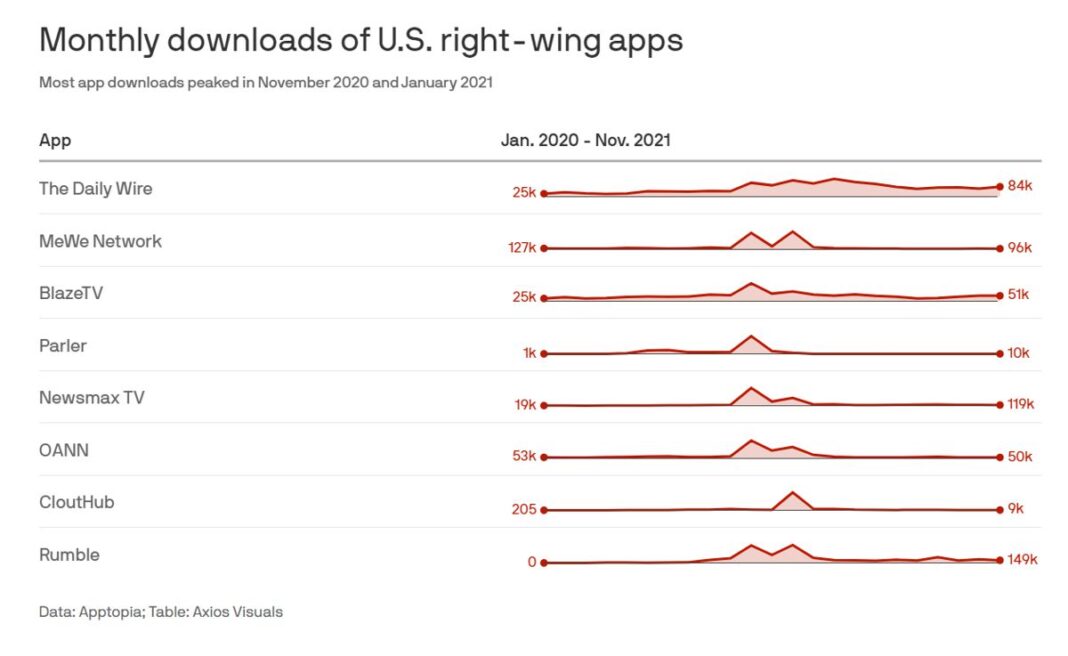 Conservatives are aggressively building their own apps, phones, cryptocurrencies and publishing houses in an attempt to circumvent what they see as an increasingly liberal internet and media ecosystem.

Why it matters: Many of these efforts couldn’t exist without the backing of major corporate figures and billionaires who are eager to push back against things like “censorship” and “cancel culture.”

Driving the news: Rumble, a conservative alternative to YouTube, agreed to go public at an implied $2.1 billion valuation via a SPAC (Special-purpose acquisition company) merger.

Gettr, a social app launched by ex-Trump aide Jason Miller, has not disclosed all of its investors, but Miller has acknowledged that one of the app’s funders is the family foundation of Chinese billionaire Guo Wengui.

Aside from social networks, conservatives are pushing to create alternatives to other tech tools and communication platforms.

The bottom line: Conservative media has been a powerhouse for a long time, but this phase of its expansion isn’t just about more or louder conservative voices — it’s about building an entire conservative ecosystem.