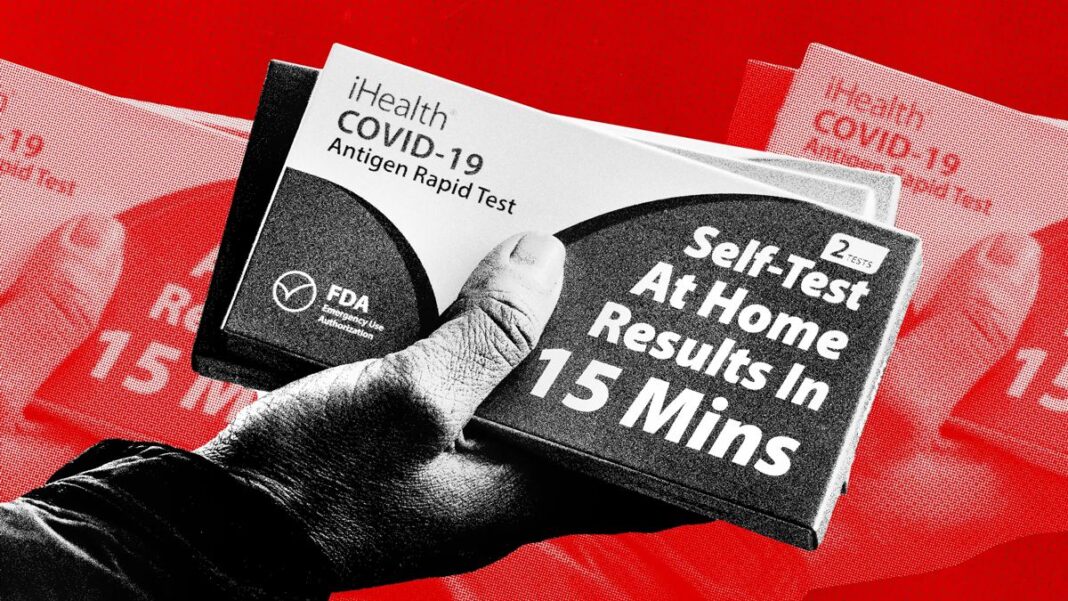 With omicron cases spreading like wildfire, the White House is finally taking steps to make free antigen tests available to all. But this fall, Vanity Fair has learned, it dismissed a bold plan to ramp up rapid testing ahead of the holidays. Frustrated experts explain how confusion, distrust, and a single-minded fixation on vaccinating Americans left testing on the back burner for so long.

On October 22, a group of COVID-19 testing experts joined a Zoom call with officials from the Biden administration and presented a strategy for overhauling America’s approach to testing.

The 10-page plan, which Vanity Fair has obtained, would enable the U.S. to finally do what many other countries had already done: Put rapid at-home COVID-19 testing into the hands of average citizens, allowing them to screen themselves in real time and thereby help reduce transmission. The plan called for an estimated 732 million tests per month, a number that would require a major ramp-up of manufacturing capacity. It also recommended, right on the first page, a nationwide “Testing Surge to Prevent Holiday COVID Surge.”

The antigen tests at the center of the plan can detect the virus when patients are at their most contagious. Though less sensitive than polymerase chain reaction (PCR) laboratory tests, which can detect the virus’s genetic material at any stage of infection, antigen tests provide a quick snapshot in time for those seeking assurance that they are safe to travel or won’t accidentally infect vulnerable relatives.

The plan, in effect, was a blueprint for how to avoid what is happening at this very moment—endless lines of desperate Americans clamoring for tests in order to safeguard holiday gatherings, just as COVID-19 is exploding again. Yesterday, President Biden told David Muir of ABC News, “I wish I had thought about ordering” 500 million at-home tests “two months ago.” But the proposal shared at the meeting in October, disclosed here for the first time, included a “Bold Plan for Impact” and a provision for “Every American Household to Receive Free Rapid Tests for the Holidays/New Year.”

Three days after the meeting, on October 25, the COVID-19 testing experts—who hailed from the Harvard T.H. Chan School of Public Health, the Rockefeller Foundation, the COVID Collaborative, and several other organizations—received a back channel communication from a White House official. Their big, bold idea for free home tests for all Americans to avoid a holiday surge, they were told, was dead. That day, the administration instead announced an initiative to move rapid home tests more swiftly through the FDA’s regulatory approval process.