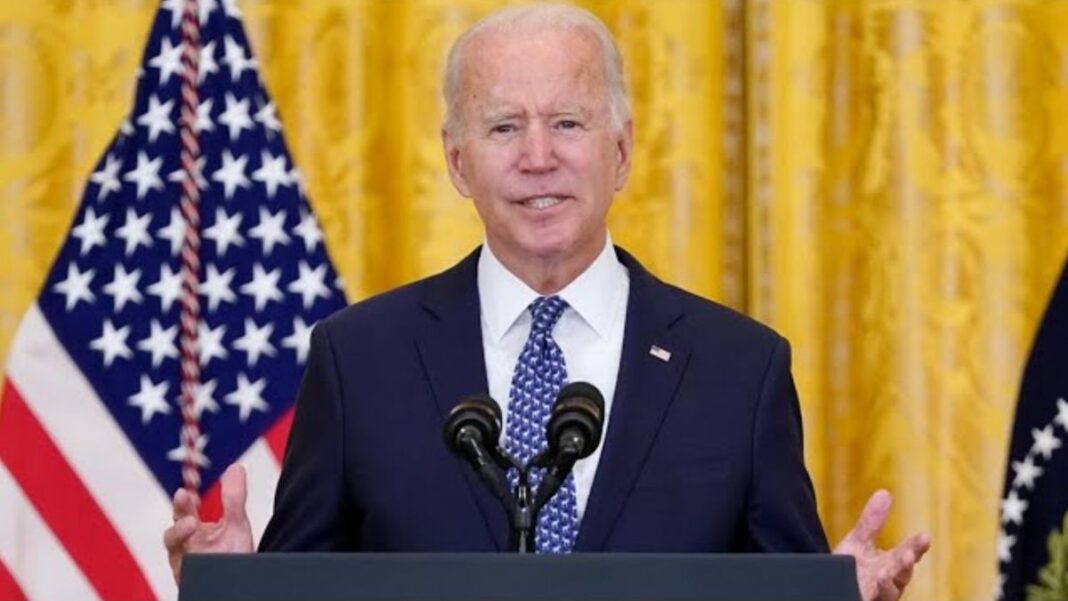 President Joe Biden will direct the Department of Labor to develop a rule that companies with more than 100 employees will require vaccinations or once-per-week testing for their workers, potentially impacting tens of millions of U.S. private-sector employees, according to the White House.

The administration’s rule will require that “all employers with 100 or more employees to ensure their workforce is fully vaccinated or require any workers who remain unvaccinated to produce a negative test result on at least a weekly basis before coming to work,” which will impact more than 80 million workers in the private sector.

During remarks on Thursday evening, Biden said that the United States “can and will turn the tide” against COVID-19 by mass vaccinations, while casting blame “at the 80 million” people who haven’t been vaccinated. “We’re in a tough stretch,” he said, adding that “this is not about freedom or personal choice” but is about protection against COVID-19.

The president further claimed the “unvaccinated” are “crowding our hospitals” and said that vaccines provide protection against COVID-19 hospitalizations.

The Department of Labor’s Occupational Safety and Health Administration (OSHA) will issue an Emergency Temporary Standard to implement the requirement, the White House document said. It did not make any mention regarding religious exemption or individuals whose doctors have recommended against getting COVID-19 shots.

Biden will further sign an executive order requiring most federal employees and contractors to get a COVID-19 vaccine without the option of getting regular testing, according to the document. Federal workers unions suggested on Thursday they would accept the vaccine mandate. It’s not clear if the U.S. Postal Service will be under the new mandate.

“As part of this effort, the Department of Defense, the Department of Veterans Affairs, the Indian Health Service, and the National Institute of Health will complete implementation of their previously announced vaccination requirements that cover 2.5 million people,” said the document.

The new measures, which Biden was slated to describe in remarks at 5 p.m. ET, are being unveiled as part of a more aggressive attempt to push for vaccines.

Such mandates will likely create more opposition. A recent Gallup poll found that about 52 percent favored employer vaccine mandates but 38 percent opposed, with 29 percent saying they were strongly opposed.

A number of unions have also issued statements in recent weeks saying they are opposed to vaccine mandates. That includes some hospital workers unions, firefighters unions, and police unions.

Many unions have voiced opposition to vaccine mandates. Hospital workers with Service Employee International Union 1199 held a rally in July opposing a mandate imposed by New York-Presbyterian Hospital in Manhattan. Firefighter and police unions from Chicago to Newark are also opposing mandates.

The plan received widespread criticism from Republicans and conservatives who said that its tantamount to federal overreach.

“My legal team is standing by ready to file our lawsuit the minute [Biden] files his unconstitutional rule. This gross example of federal intrusion will not stand,” South Dakota Gov. Kristi Noem wrote on Twitter.

Rep. Andy Biggs (R-Ariz.) wrote that he’ll introduce a bill to block what he called an “egregious assault on Americans’ freedom and liberty,” adding that “we must fight against these attempts to force vaccine mandates on the American people.”