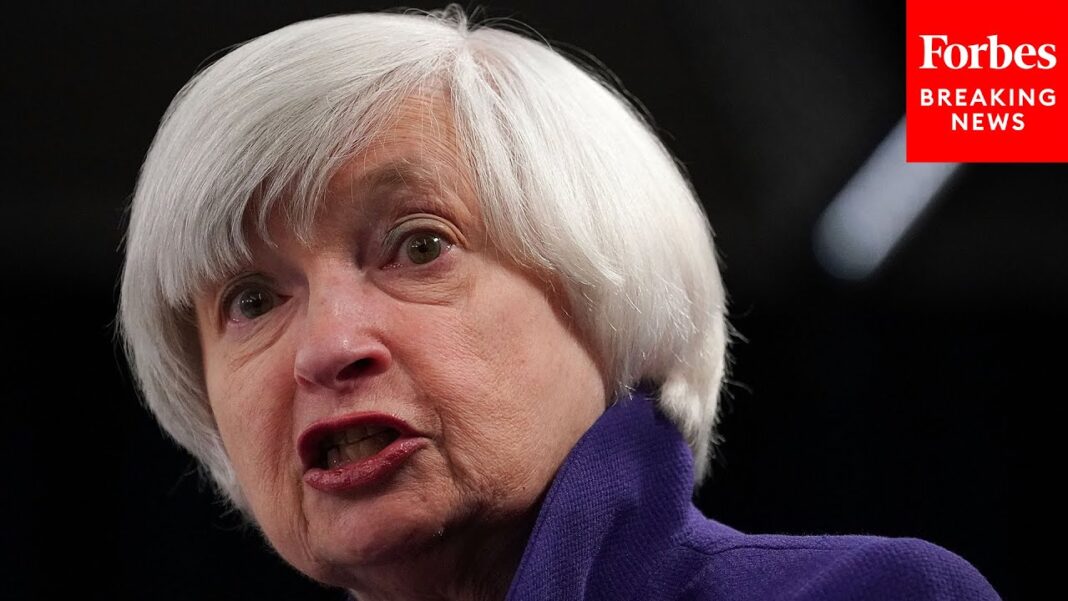 Speaking to ABC News on Sunday, Yellen said that a proposal to include the United States in the global corporate minimum tax plan would likely be part of the $3.5 trillion budget reconciliation plan that Democrats are trying to ram through Congress.

“Yes. I am confident that what we need to do to come into compliance with the minimum tax will be included in a reconciliation package,” Yellen said on Sunday. “I hope that we, that it will be passed and we will be able to reassure the world that the United States will do its part.”

On Oct. 8, more than 100 countries agreed to set a minimum global tax rate of 15 percent for big corporations and made it harder for such businesses to avoid taxation. The plan was endorsed by President Joe Biden, who praised the move in a statement released by the White House soon after it was announced.

But Senate Republicans have argued that this would require a new international tax treaty that would require ratification with a two-thirds Senate majority. Republican senators told Yellen in a letter they were concerned the Biden administration was considering circumventing the need to obtain the Senate’s authority to implement treaties.

Under the Constitution, the Senate must ratify any treaty with a two-thirds majority, or 67 votes. Biden’s fellow Democrats control only 50 seats in the 100-member chamber. Republicans in recent years generally back corporate tax cuts or not raising taxes in general.