Home Opinion Truth or Consequences Biden Urges Americans to “Unite” By Doing Everything To Divide Us –... 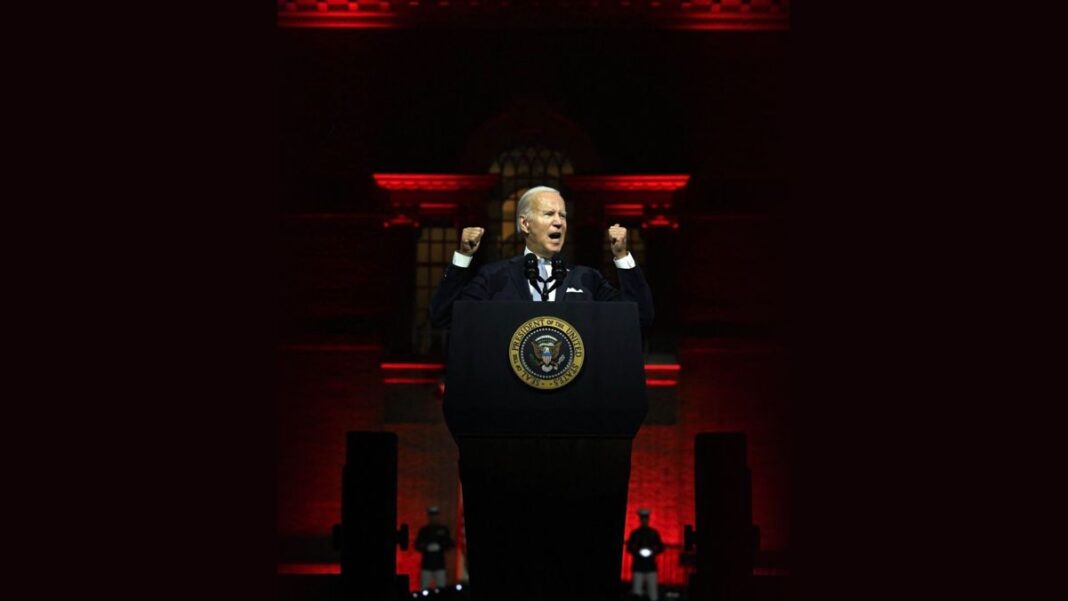 Not so long ago, President Biden delivered his Christmas speech.

Here is a snippet from that speech:

Well, President Biden…
You lead the divisive ugliness last year with your Christmas gift of disunity and fear speech…
“For the Unvaccinated this will be a winter of Death!” https://t.co/FUaaX0HBvb

The greeting mainly contained general phrases regarding the whole importance of Christmas and its religious component, calling for light, warmth, caring for each other, and so on. But in one aspect, Joe was still able to make himself look foolish, as usual.

Initially, Joe Biden’s Christmas speech was presented as a “call to unite.” And when this speech finally sounded, it became clear what kind of association we were talking about and how stupid it looked in the eyes of a significant portion of American citizens.

In his speech, the president said the following:

Our politics has gotten so angry, so mean, so partisan, and too often we see each other as enemies, not as neighbors, as Democrats or Republicans, not as fellow Americans. We have become too divided. … I hope this holiday season will drain the poison that has infected our politics and set us against one another.

What kind of poison is Biden talking about? Apparently, Joe wants everyone to forget his speech in Independence Hall in Philadelphia, when he, like some dark lord from a well-known saga, broadcast from the podium that “Donald Trump and the MAGA Republicans represent an extremism that threatens the very foundation of our republic. MAGA Republicans do not respect the Constitution. They do not believe in the rule of law. They do not recognize the will of the people. They refuse to accept the results of a free election.”

So Biden, in his Christmas speech, urged everyone to forget about his own words? In September, he filled this so-called “poison bowl“, and now he is already saying that we need to forget everything and move on, regardless of differences. Unfortunately, it doesn’t work that way.

Moreover, Joe Biden mentioned in his speech that “this Christmas season marks a fresh start for our nation, because there’s so much that unites us as Americans, so much more that unites us than divides us.”

It looks like the president really doesn’t understand what he’s talking about, or is just getting old. Is he talking about any kind of unification if he consistently disparages the actions of the Republican Party and its representatives, allowing such statements that Trump’s supporters threaten national security? It sounds weird.

Joe Biden’s devastating speech in September made it clear that further actions by the president and the Democratic Party would be carried out without paying attention to the opinions of Republicans. The midterm elections have been held, and what now? Joe decided to let everyone know that he had already forgotten about what he had said.

The September speech somehow had some effect—the Democrats took the majority in the Senate—and now you say, “Let’s work together.” This is hypocrisy, Mr. President. You have divided society with your actions and words. Unfortunately, you are no longer able to bring it, or us, back together.