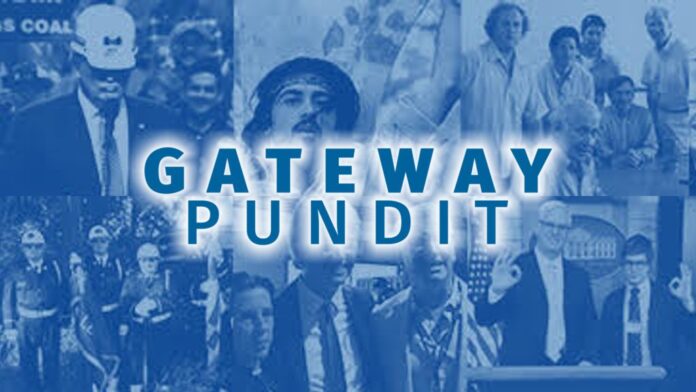 America’s top infectious disease doctor, Anthony Fauci, has been wrong on the coronavirus pandemic almost every step of the way beginning with the devastation of the U.S. economy based on a garbage model.

1.) Dr. Fauci says he warned Trump in January that the US was in real trouble but that is not what he said publicly.

In January Dr. Anthony Fauci told Newsmax TV that the United States “did not have to worry” about the coronavirus and that it was “not a major threat.”

2.)  Dr. Fauci warned of an apocalyptic coronavirus pandemic — then just weeks later he compared the coronavirus to a bad flu.

3.) Dr. Fauci based all of his predictions on the garbage IHME models that were OFF BY MILLIONS and then later told reporters, “You can’t really rely on models.”

4.) On March 20th Dr. Fauci jumped in and “corrected” the president during a press briefing on hydroxychloroquine treatment for coronavirus saying, “You got to be careful when you say ‘fairly effective.’ It was never done in a clinical trial… It was given to individuals and felt that maybe it worked.”

THE PRESIDENT: I think, without saying too much, I’m probably more of a fan of that than — maybe than anybody.  But I’m a big fan, and we’ll see what happens.  And we all understand what the doctor said is 100 percent correct.  It’s early.  But we’ve — you know, I’ve seen things that are impressive.  And we’ll see.  We’re going to know soon.  We’re going to know soon — including safety.
But, you know, when you get to safety, this has been prescribed for many years for people to combat malaria, which was a big problem.  And it’s very effective.  It’s a strong — it’s a strong drug.  So we’ll see.
REPORTER: It was also fairly effective against SARS.
THE PRESIDENT: It was a very — it was, as I understand that.  Is that a correct statement — it was fairly effective on SARS?
DR. FAUCI: John, you’ve got to be careful when you say “fairly effective.”  It was never done in a clinical trial.  They compared it to anything.  It was given to individuals and felt that maybe it worked.  So —
Remarks by President Trump, Vice President Pence, and Members of the Coronavirus Task Force in Press Briefing

Exactly two weeks later hydroxychloroquine was deemed the most highly rated treatment for the novel coronavirus in an international poll of more than 6,000 doctors.

5.)  Dr. Fauci pushed these garbage models every step of the way.

6.)  On Easter Dr. Fauci suggested President Trump should have shut down the economy in February…  When the number of known cases in the US was around 100.  Fauci later walked back his attacks.

8.) Dr. Fauci said malls, movies and gyms were OK on February 29th.  That was another huge mistake.

9.) Dr. Fauci was wrong about the first coronavirus deaths in the country. Dr. Fauci, Dr. Birx and the CDC were off by nearly a month. California officials revealed in April that a patient in Santa Clara died from coronavirus on February 6th not February 29th.

10.) Dr. Fauci and the CDC missed the millions and millions of US citizens who had already contracted the coronavirus before the draconian lockdowns took place.  Knowing this could have prevented the economic calamity.

12.)  Dr. Fauci relied on corrupt W.H.O rules to lock down the United States and destroy the US economy. Meanwhile, this delays the herd immunity that is needed to prevent a future outbreak of this deadly virus.

13.)  Dr. Fauci and Dr. Birx used the Imperial College Model to persuade President Trump to lock down the entire US economy.  The Imperial model has since been confirmed as A COMPLETE FRAUD.

14.) Dr. Fauci warned that Georgia would see a surge in coronavirus cases and deaths by opening their economy too early.

He was wrong again – In fact the opposite happened.

15.) And on Tuesday during testimony Dr. Fauci told Dr. Rand Paul that opening the schools would not be a good idea.

Last week The Netherlands and Switzerland reopened their schools after finding children are not at risk from coronavirus and are not carriers of the virus.

Dr. Fauci continues to be wrong day after day.
Yet, US Senators and the media treat him like a wise king.
The doctor put over 20 million Americans out of work based on bogus models.
And yet this man — after all of his devastation — still has a job.

Only in government can someone with this kind of a record still keep a job.