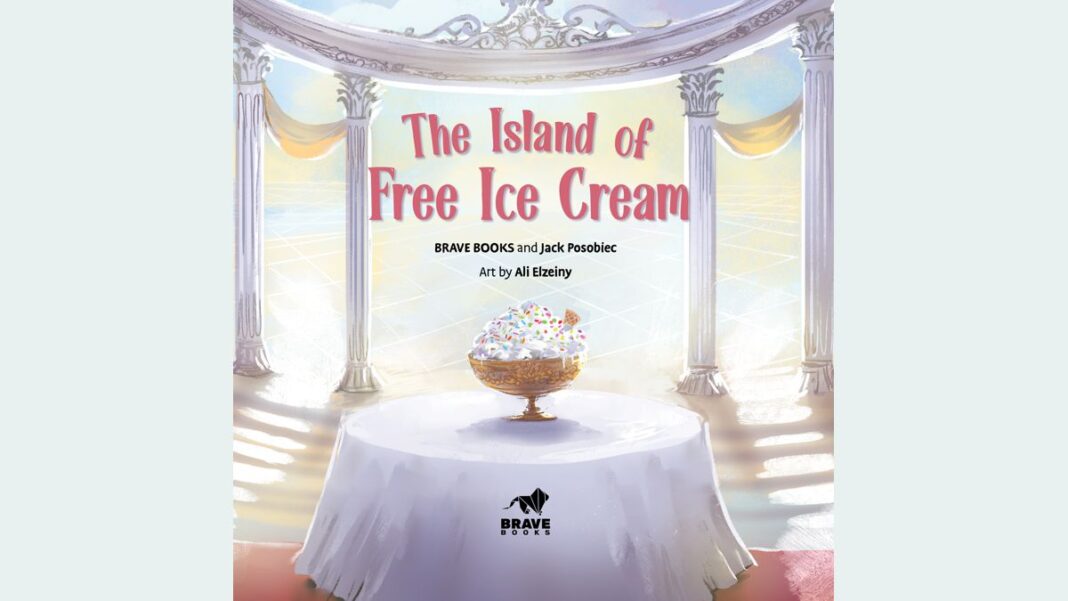 Brave Books and Jack Posobiec take a deep dive into the idea of Capitalism Vs Communism with the story of The Island of Free Ice Cream. Most should be wary when offered something for free but too often “free” is more enticing than Freedom.

The city of Rushington is home to many creatures and their favorite thing about their busy home is the Rushington Market.  No one loves this city or its market more than a clever inventor named Asher.

Life in Rushington is great until a group of deceptive wolves come along and promise they will turn Rushington into the perfect city, overflowing with delicious Free Ice Cream, the same way they did to their home island. All the animals of Rushington buy into the wolves’ deception without a thought, all, except for a fox named Asher.

Will Asher prove the Wolves wrong and save Rushington or will Rushington crumble under its new rulers?

Included with your purchase:

Jack Posobiec is a former Navy intelligence officer who specialized in the Communist Chinese Party and is now a Senior Editor for Human Events – a leading outlet of populist conservative thought. Jack was previously a correspondent for One America News Network. In addition to The Antifa, he is the author of Citizens for Trump: The Inside Story of the People’s Movement to Take Back America and ‘4D Warfare: A Doctrine for a New Generation of Politics, as well as co-producer of the blockbuster documentary ‘Antifa: Rise of the Black Flags’. Jack has used his voice to speak out against communism in support of capitalism throughout his time in politics. Originally from the Philadelphia area, Jack resides in Washington, D.C. with his wife Tanya and their two young sons.

The Island of Free Ice Cream – Brave Challenge Game One