This wonderful sermon on prayer by Edris Heral with John Hagee and Derek Prince, will change your Christian life and allow you to live in victory through prayer and the understanding of who your are in Christ. Romans 8:1 states, “Therefore there is now no condemnation for those who are in Christ Jesus.”

Edris Heral: Prayer is a calling to every believer. We [Christians] are called to pray. Prayer is the platform that we relate to God and He relates to us. As we bring our petitions and request before Him, we can only do this through prayer. However, it is not easy to pray,. There are many hindrances, so much so that we’ll need to make an analysis to find out what area or which one fights them the most and stops them from praying or from having an effective prayer life. the devil will do everything in his power to stop your prayer life, why? Because prayer brings God and and all His infinite resources into your situation. This is why our Lord and Savior Jesus Christ always went away to pray. The Bible is full of incidences where Jesus would separate Himself from His disciples and from people to pray.

So, what are some of the things that hinder us from praying. I want you to know that behind every sin is a spirit and some of the spirits are so cunning that they will encourage you to sin in private. However the Bible says in Psalm 90:8, God knows all sins even those we doing in secret. And these secret sins and hinder our prayer life because they are unconfessed sins. One of the mysteries behind confessing sin is that the enemy is exposed and rendered powerless, not only powerless, but the hold on you is loosened because you have exposed it. So, if we don’t confess the secret sins, we are in a position of separation from God. The Bible says, But your iniquities have separated you from your God and your sins have hidden His face from you so that He will not hear. That’s Isaiah 59:2.

The psalmist wrote, If I regard iniquity in my heart the Lord will not hear me. When we sin, we are not in the right frame to approach a Holy God. He is a Holy God as described in the Bible as a consuming fire. No sin can come before his presence.

Edris Heral: In Psalms 51 as I just stated, it says if I regard iniquity in my heart, the Lord will not hear. Regard, the words of God used to cling to hold onto, to cherish something. If we as children of God practice sin it will bring your prayer life and my prayer life to a complete standstill. I have to be very careful when preaching this message, because it can discourage some people from praying. But I want you to listen to me, and listen to me carefully, we will sin. There’s no one on this earth that lives a sinless life, we all sin and we sin more than we think we do, but there is a difference between a Christian who sins and who has remorse and the Christian who is willfully sinning, and habitually sinning without remorse, without any plans to stop. A true child of God and true Christian is miserable when he or she is living in sin. Please note the key word is living. It’s not a mistake to live in sin. It’s like the difference between sheep and other animals. Sheep can fall into the mud and will attempt to get out, but other animals live in it. Just because we fall into sin does mean we have to stay there. When other animals fall into mud, they will dance in it and feel home there. But when a sheep falls into mud it will cry out to the shepherd for rescue. In God we have a Shepherd who rescues us when we cry out. When we pray you’re calling out to God. The Bible tells us the one who does what is sinful is of the devil, because the devil has been sinning from the beginning. No one was born of God will continue to sin because God seed remains in them, they cannot go on sinning, because they have been born of God. Unconfessed sin can hinder our prayers.

Behind every sin there’s a spirit. So what sin is hindering your prayer life today?

Moving on. One of the side effects of sin is the spirit of condemnation. This is one of the greatest tools that accuser against the children of God, being to be made to feel guilty. Condemnation comes from the accuser and is meant to tear you down. The spirit of condemnation will stare at you right in the face and continually point at your failure and will continue to point out how much of a failure you are and how badly you’ve messed up. Condemnation is showing you the problem, but avoiding the solution. Let’s say that one more time. Condemnation is showing you the problem, but avoiding the solution. Jesus did not come to condemn the world according to John 12:47 and Romans 8:1 states, There is no condemnation in Christ Jesus. But Revelations 12:10 states, “Satan on the other hand is known as the accuser of the brethren.” The spirit of condemnation is contrary to the spirit of forgiveness. The accuser of the children of God will try to make sure you believe you are not forgiven, but Christ has taken the guilt away and forgiveness is your portion, it’s my portion. There is no condemnation in those who are in Christ Jesus. We have to know our place as children of God. God does not hold grudges. If you have confessed your sin He has to forgiven you. Don’t let the accuser rob you from your happiness. Condemnation has no right in your life. God is a forgiving God. He has forgiven you, now it’s time you forgive yourself and move on. Stop continually blaming yourself. Low self-esteem is another hindrance. There are a lot of children of God who are having trouble with that faith because they feel unworthy. They believe in God, they believe in Jesus Christ. They believe that Jesus took up their sins on the cross, however, they feel unworthy as if God has more important things to do than to listen to them and forgive them of their sins.

Continuing on, laziness can manifest itself physically and spiritually

Derek Prince: There’s a parable in Luke 19 the par, it’s called the Parable of the Pounds or the miners. It’s about a a wealthy ruler who took a journey and committed to his servants certain money to handle on his behalf. And he gave to each of them a minor which they say is about three months salary. Then he came back after a long while and reckoned with them, said what have you done with my minor. The first one said I’ve made ten more miners – and the Lord said, well done good and faithful servant, then you have authority over ten cities in My Kingdom. The second servant he said, what have you done with my minor? And he said I made five miners, and he said well done, but He didn’t say good and faithful. He said have authority over five cities. So it’s very clear the principle is according to the faithfulness with which will serve the Lord in this age, we will be apportioned our sphere of authority in the coming age. There will be no favoritism. But then there was one other servant who made nothing, he said, I was afraid of you so I just went and hid your minor and here it is, I’m giving it back to you. And the Lord said you wicked and lazy servant. How many of you realize that laziness is also wickedness. We have such a, an unbalanced scale of values in the church. If a man gets drunk, we think that’s awful, and certainly it’s not good, and we wouldn’t have a drunkard in church. But how many lazy people do we have in church, people who never really take time to study the Bible or to get down in praying. People maybe who you can’t even rely on to do a through job, anyway. The Bible calls them wicked.

Edris Heral: Another state which stops us from praying is pride. Pride is something that we all have to battle. Pride is a spirit of self-sufficiency. When you are self-sufficient you behaved more like the devil. The devil was the archangel of worship. The Bible tells us that the devil decided, instead of giving God worship, instead of giving all glory to God, he wants it for himself, and he lifted himself up five times and said, I will, I will, I will, at that moment the first sin occurred card. This one sin started war in heaven. Instead of saying all glory belongs to God, he said, I am self sufficient. And when we don’t pray, we are practically saying to God that Jesus had to pray while he was on this earth but I don’t, and I don’t know there’s anything proudful than that. If Jesus constantly separated himself to prayer, if Jesus prioritize prayer, if Jesus practice prayer, if Jesus constantly went to our Heaven Father to pray, it demonstrates the importance of prayer. So I ask you today, who are you behaving more like. There is no substitute for prayer, none whatsoever. 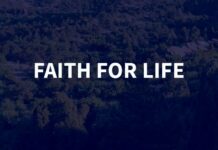 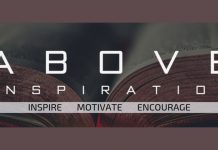 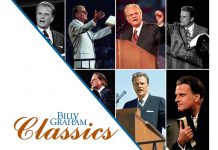