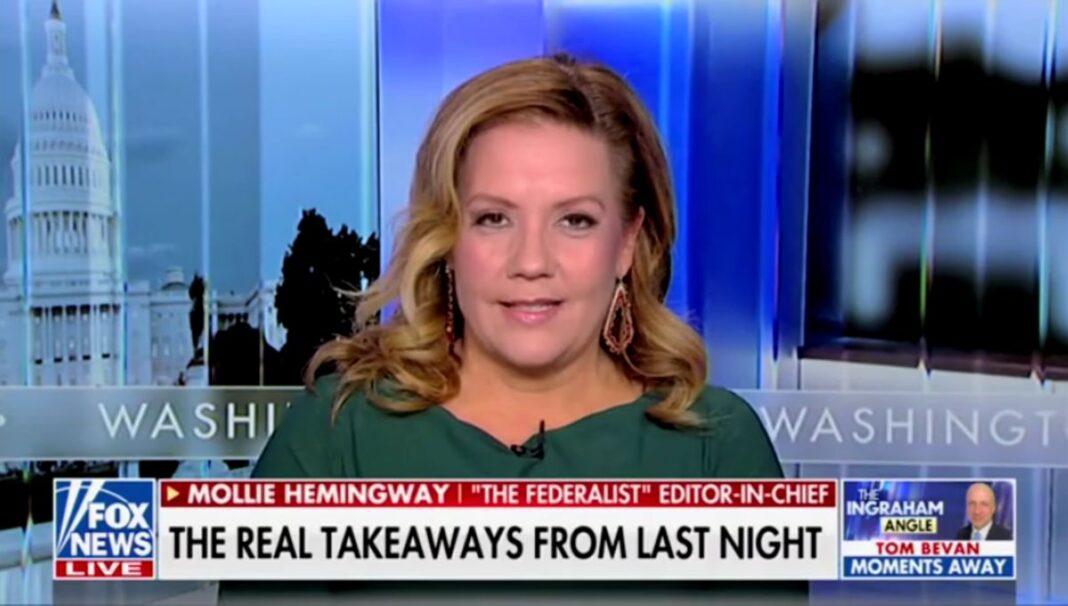 “We really did see, given all the enthusiasm that was in the country, that Republican leadership really failed Republican voters,” said Federalist Editor-in-Chief Mollie Hemingway during an interview on Fox News.

“The ground was very fertile for a big Republican victory, Joe Biden’s approval is in the toilet, 75 percent of the country thinks we’re going in the wrong direction. Just objectively speaking, things are bad in the country.

… And that Republican leaders could not turn that into a big victory for Republicans really is an indictment of how they’re running things.”