Home Politics 2022 Midterms In the Closing Week Before the Midterms, Democrats Sealed Their Own Doom 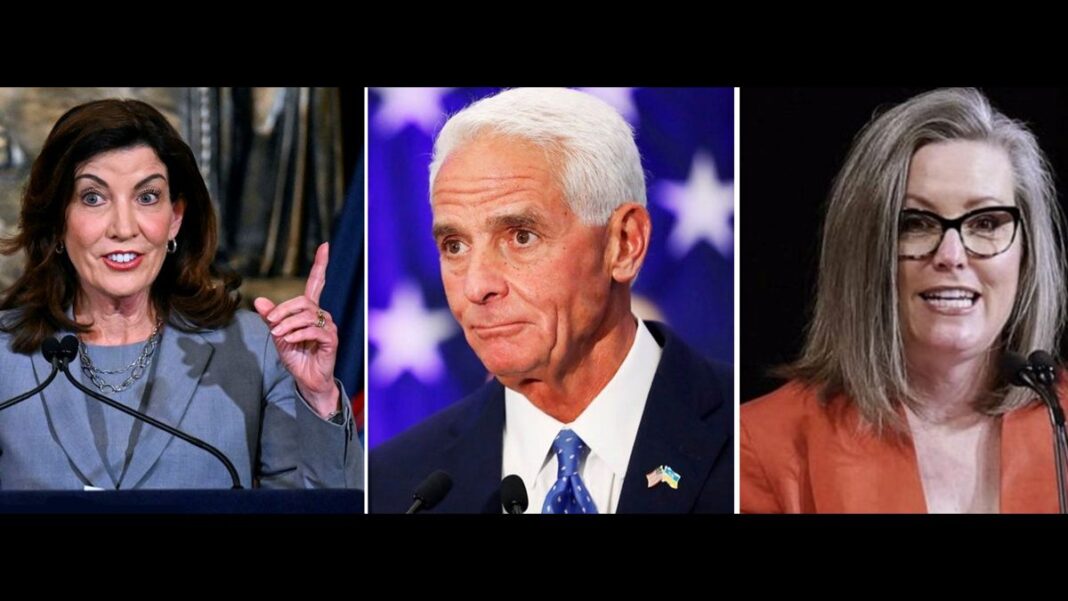 Just as we all knew, the summer polls predicting Democrats’ advantage in the midterms were the same form of election meddling they were in 2016 and 2020. The “blue wave” disappeared as soon as the winter heating bills started coming in. Even the most ardent Democrat voting groups (like this one and this one and this one) are realizing Joe Biden’s utter incompetence and general malice of the Democrat party.

As midterm defeat is closing in, Democrats are drowning in their own vitriol. Their boneheaded “closing arguments” are assuring their demise just as effectively as violent jolts are drowning a person stuck in the mire.

Last week’s debates could not have gone worse for the Democrats. But if John Fetterman could blame his subpar performance on a stroke, Kathy Hochul’s disgraceful display could only be explained by her utter incompetence and callousness.

A state where the Republican party’s influence is almost non-existent is very close to electing the first Republican governor in a generation. In an act of “political brilliance,” Hochul invited the two least inspiring female politicians to deliver their closing statements.

Kamala Harris and Hilary Clinton could rival each other for the worst Presidential campaign in American history. Kamala Harris’ campaign fizzled out faster than Kim Kardashian’s marriage. Kamala immediately blamed her incompetence and lack of appeal on sexism and racism. Why wouldn’t she – that worked well for Hilary who is still blaming everybody and their drunk cousin for her loss. Inviting these two women to appeal to voters is like hiring Dr. Kevorkian to guide you through cancer treatments.

The Democrat party apparatchik named Katie Hobbs took her campaign strategy right from Joe Biden’s playbook. She spent her campaign hiding in the basement, refusing to debate and running away from reporters. When she found herself desperately trailing in the polls, she decided to shamelessly exploit a grieving mother of a dead police officer. Katie Hobbs thinks that her supporters are stupid enough to believe officer Brian Sicknick was killed by January 6 rioters (which Kari Lake had nothing to do with, regardless).

Last week, in a stunning exercise in futility, alleged President Biden held a campaign event for Charlie Crist and Val Demings. Deemed by the media as “the great polarizer,” Ron DeSantis unified an evenly divided state behind Republicans in a shorter time than it took Elon Musk to get rid of the Twitter Board. Given the Governor’s popularity, even a more appealing candidate than the hapless Crist would have a tough time breaking through. But the mental patient identifying as an American President made such a mess of his rally that even the most ardent Florida democrats are now jumping ship.

California is notorious for letting crazy people and drug addicts harass residents and being proud of it. However, when one of them broke into Nancy Pelosi’s house, Democrats took it in stride. They clung to poor Paul Pelosi’s misfortune stronger than Brian Stelter to a doughnut. As their final strategy, they are trying to convince you (soberly!) that the ramblings of a lunatic is a rallying cry for evil Republican tyrants to take over the country:

BREAKING: Suspect in attack on Nancy Pelosi's husband was searching for the House speaker, sources say.@mitchellreports: "The intruder confronted Mr. Pelosi in their home, shouting 'where is Nancy' … That's what the intruders going through hallways on Jan. 6 were shouting." pic.twitter.com/qRtwGye32E

It is still unknown whether a homeless person who lived in a school bus and did not possess any clothes had a subscription to Fox News. There is not one person on Earth who is buying that Republicans have “inspired” a despicable attack on Paul Pelosi. But undeterred, alleged President Biden went all in on this idiotic claim during his last national address before the midterms. It’s a good thing that a nutcase who broke into Pelosis’ house had the foresight to yell: “Where is Nancy?” If he kept his mouth shut, the Democrats would have no closing arguments at all.

Instead of admitting they have screwed up, asking for another chance, and putting together a plan to improve, in the closing week before the midterms the Democrats decided to use smear campaigns and scare tactics. That shows that the party leaders are not only desperate but also dumb. This ain’t Bill Clinton’s Democrat Party. This is AOC’s Democrat Party. Even their supporters are seeing it for what it is: a ridiculous act of desperation.

The Democrats have sealed their own doom. The red wave is coming.