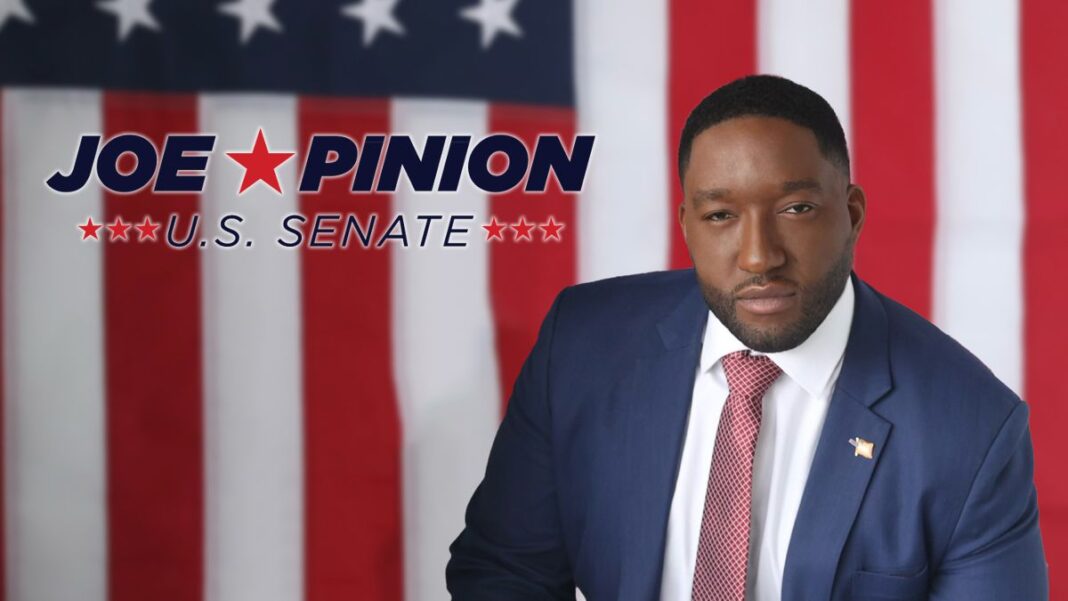 Joe Pinion is building a grassroots movement to secure an America that works for We The People! Together we will unite an uncommon coalition to push back against career corporate politicians like Chuck Schumer who abuse the public trust to keep our state and our nation divided.

The time has come to Restore New York and Take Back The American Dream.

From his Childhood growing up in Yonkers, New York to his College Years in the Chenango Valley, to the faces he encountered working at a Bronx community non-profit in America’s poorest congressional district, Joe has seen the horrifying impact of government sanctioned neglect up close and personal

Joe entered the field of Political Journalism for the same reason he is leaving it to run for office: Bad things happen when people who know better do nothing.

It is time for all of us to re-engage our democracy and reclaim the dream of our more perfect union.

Joe Pinion is an advocate, entrepreneur, and Political News Commentator. Throughout his life, Joe has witnessed both the power of opportunity and the pernicious impact of government driven neglect.

From the faces within his own family to the stories he has helped explore from behind a News Desk, Joe personally understands the realities confronting the everyday people that call New York home.

Joe, born and raised in Yonkers, NY by his mother and grandmother, graduated from Horace Mann High School. A Standout Student-Athlete, he was recruited to play football at Colgate University, where he was a 2 year Varsity Letter winner and a Member of the 2003 team that finished 15-1 and played in the I-AA National Championship.

As a Political News Commentator, Joe has appeared regularly on prominent news networks and talk shows and was most recently the host of his own show “Saturday Agenda” on Newsmax.

As a business professional, Joe has a wealth of experience in the private sector and non-profit space with nearly two decades of expertise in healthcare, media, and renewable energy.

At every stage of his professional life, Joe has effectively leveraged his talents to try and give a voice to the voiceless and to bring attention to issues that often fall through the cracks.

As director of youth development at the Morris Height Health Center located in the nation’s poorest congressional district in the Bronx, Joe helped integrate health services with community engagement to spearhead a bridge grant program designed to provide gap funding for children within the community to improve college accessibility.

As a national spokesman for RePublicEN and a fellow of the non-partisan group DeployUS, Joe has been a champion for real, non-governmental clean energy solutions.

And in his personal life, Joe has fought for community driven solutions to help end the ravages of poverty and despair that afflicts far too many Americans.

Like too many New Yorkers, Joe experienced first-hand the government failing at one of its most fundamental obligations to protect our most vulnerable when he lost his 100-year-old grandmother who died of COVID, alone in a nursing home.

Today, Joe is running for U.S. Senate because our state and our country are in trouble. For too long, career politicians like Chuck Schumer have failed the 99%, choosing instead to serve the political cronies and own self interests. In Chuck Schumer’s rise to power and fame as leader of the Senate, he left the rest of us behind choosing to serve as loyal leader of the extreme radicals in Washington rather than side with us.

It’s time we send regular people with an extraordinary vision to represent our shared values in Washington and look out for our best interests, not the special interests