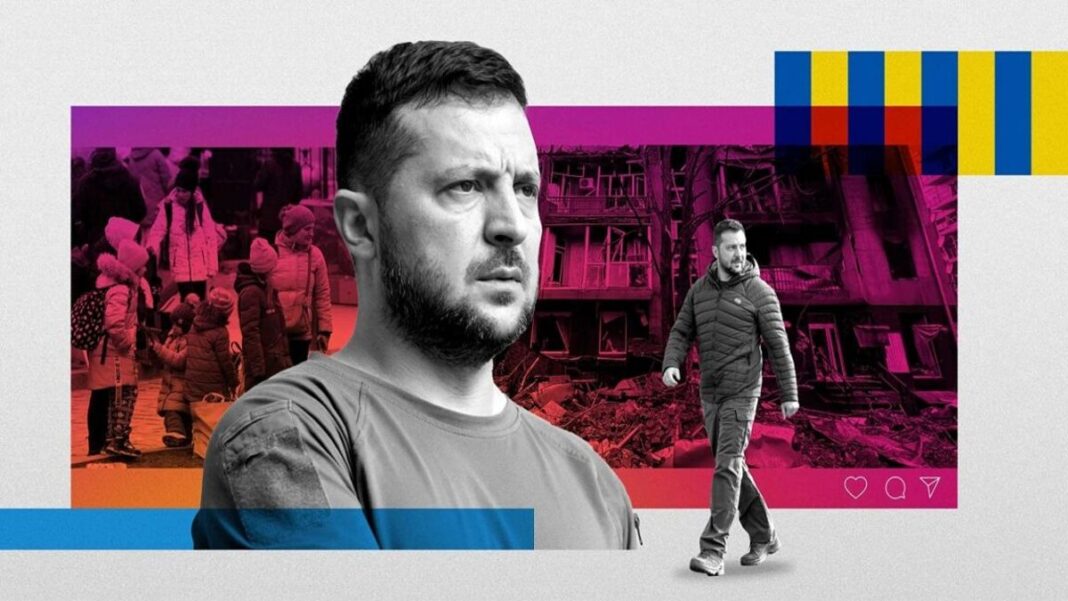 The phrase has become a part of the political lexicon as a way to deflate politicians or other individuals perceived as thinking too highly of themselves. I hate to break it to you, but Putin is not Hitler, Zelensky is not Churchill, and Biden is no FDR. The droning media drumbeat of World War II analogies does nothing to justify any of the three men’s actions or policy decisions.

Winston Churchill was a historical figure integral in saving Western civilization. Zelensky is a comedian and actor who has moved the stereotype rope up and down depending on what he feels was needed in the moment as manipulation. Comedian turned actor – acting the role of scripted statesman, ie USA puppet, blossoming into a corrupt dictator thug – is his authentic profile. While his defiant posture may draw in the most naive, it has resulted in his countrymen’s greater suffering, devastation and death than if he had been a competent leader who negotiated a ceasefire on principled terms for all parties.

Comparing the two men is beyond offensive and absurd, but as you will hear below, it was the exact script the media was instructed by edict to sell. Everyone in the West should be pondering why. Why are our leaders gaslighting WWIII?

Listen to the excerpt from our podcast this week. The complete podcast can be heard here. All of our previous podcasts may be accessed here.