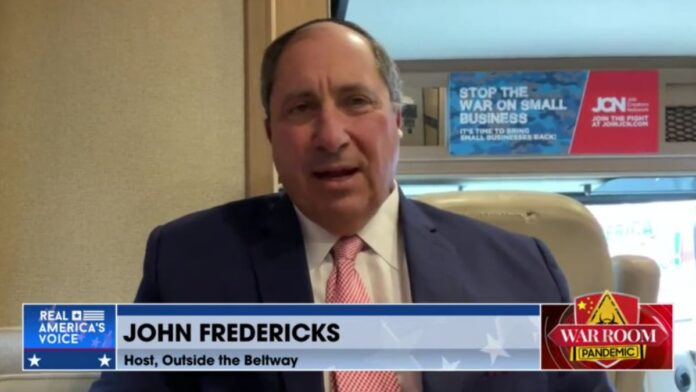 Radio host John Fredericks, who has played a major role in motivating GOP voters in Virginia, says that the party is on the verge of an historic victory in the governor’s race. where Glenn Youngkin has overcome a 10 point deficit in the early polls to pull ahead going into election day.

“We’re set up for a great day. It’s going to be a major upset that’s going to have international ramifications. The Youngkin campaign is surging on the backs of Trump voters and deplorables. We understand today at 10 a.m., three hours in, voters are overwhelming Republican polls in southwest Virginia, in Salem, in Radford, down through the Ninth District. They’ve got lines out the door.”