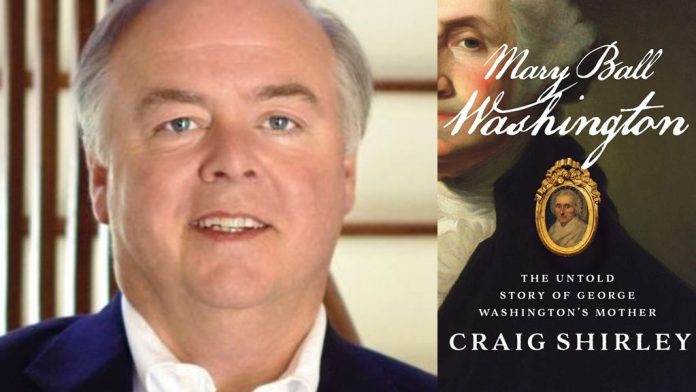 The Mother of the Father of our Country.

Mary Ball Washington was an unlikely candidate to be the mother of history’s most famous revolutionary. In fact, George Washington’s first fight for independence was from his controlling, singular mother.

Stubborn, aristocratic Mary Ball Washington was entrenched in the Old World ways of her ancestors, dismissing the American experiment even as her son led the successful rebellion against the crown. During his youth, ambitious George Washington dove into the hard-scrabble work of a surveyor and rose through the ranks of the fledgling colonial army, even as his overprotective mother tried to discourage these efforts.

Mary’s influence on George was twofold. Though she raised her eldest son to become one of the world’s greatest leaders, Mary also tried many times to hold him back. While she passed down her strength and individuality to George, she also sought to protect him from the risks he needed to take to become a daring general and president. But it was this resistance itself which fanned the spark of George’s independence into a flame. The constant tug of war between the two throughout the early years helped define George’s character.

In Mary Ball Washington, New York Times bestselling author Craig Shirley uncovers startling details about the inner workings of the Washington family. He vividly brings to life a resilient widow who singlehandedly raised six children and ran a large farm at a time when most women’s duties were relegated to household matters. Throughout, Shirley compares and contrasts mother and son, illuminating the qualities they shared and the differences that divided them.

A significant contribution to American history, Mary Ball Washington is the definitive take on the relationship between George and Mary Washington, offering fresh insight into this extraordinary figure who would shape our nation—and the woman who shaped him.

Craig Shirley is the author of Reagan Rising, Rendezvous with Destiny, Reagan’s Revolution, Last Act and the New York Times bestseller December 1941. He is a regular commentator throughout the media and a contributor to national publications, and was hailed by the London Telegraph as “the best of the Reagan biographers.” He is the Visiting Reagan Scholar at Eureka College, Reagan’s alma mater, and lectures often at the Reagan Library and the Reagan Ranch. He and his wife, Zorine, divide their time between Ben Lomond, a three-hundred-year-old Georgian manor house in Essex County, Virginia, and Trickle Down Point on the Rappahannock River in Lancaster, Virginia. They are the parents of four children, Matthew, Andrew, Taylor, and Mitchell.

Craig Shirley is the author of four critically praised bestselling books on President Reagan, “Reagan’s Revolution: The Untold Story of the Campaign That Started It All,””Rendezvous with Destiny: Ronald Reagan and the Campaign that Changed America,” “Last Act: The Final Years and Emerging Legacy of Ronald Reagan,” and “Reagan Rising: The Decisive Years, 1976-1980.” His book “December 1941: 31 Days that Changed America and Saved the World” appeared multiple times on the New York Times bestselling list in December 2011 and January 2012. His book “Last Act,” was named Best Narrative” in the nonfiction category by USA Best Books for 2015. He is also the author of the authorized biography of former Speaker of the House Newt Gingrich, “Citizen Newt: The Making of a Reagan Conservative.”

Craig is the founder of Shirley & Banister Public Affairs, was chosen in 2005 by Springfield College as their Outstanding Alumnus, and has been named the First Reagan Scholar at Eureka College, Ronald Reagan’s alma mater, where he taught a course titled “Reagan 101.”
His books have been hailed as the definitive works on the Gipper’s campaigns of 1976 and 1980. He is a member of the Board of Governors of the Reagan Ranch, Eureka College Board of Trustees and has lectured at the Reagan Library, the FDR Library in Hyde Park, and the Dole Institute in Kansas. The London Telegraph called Shirley as “the best of the Reagan biographers.”

Shirley, a widely sought after speaker and commentator, appears regularly on many network and cable shows including NewsMaxTV, FOX News, MSNBC, CNN, ABC. CBS, CNBC, C-SPAN and others. He has also written extensively for the Wall Street Journal, Washington Post, NewsMax, the Washington Examiner, the Washington Times, the Los Angeles Times, Town Hall, the Weekly Standard, Politico, Reuters and many other publications.

Craig Shirley also edited the book “Coaching Youth Lacrosse for the Lacrosse Foundation.” He was also the founder of the Ft. Hunt Youth Lacrosse League and coached there for 14 years with an overall record of 119 wins, 21 losses and 4 ties.