Home Opinion Truth or Consequences Mass Projection: Vote Democrat Or You Are a Threat to “Democracy?” 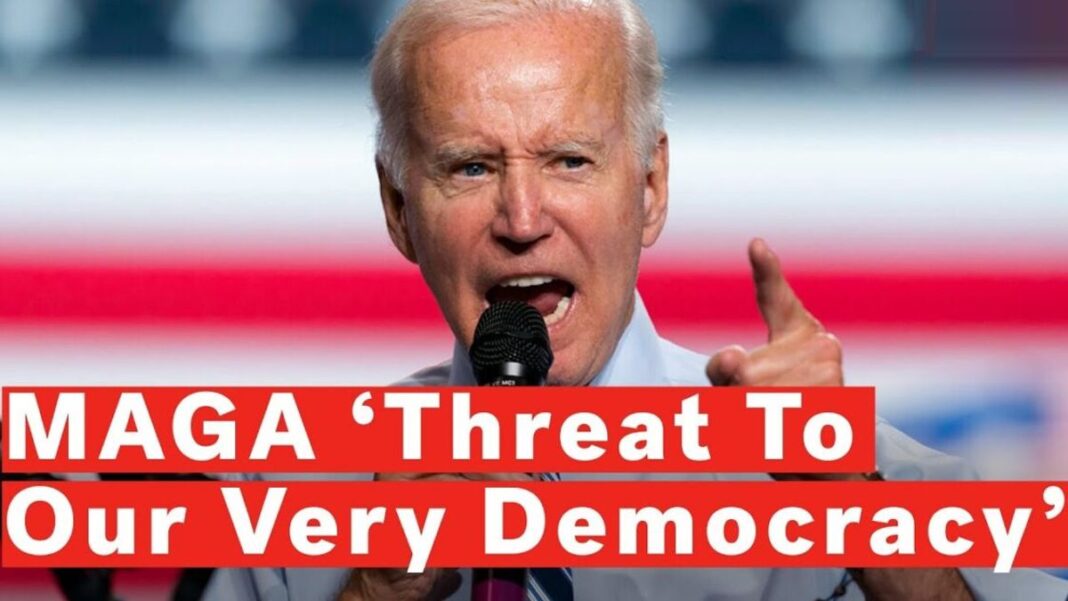 “Firstly, America is not a democracy. It is not, never was, nor ever was intended to be a democracy. And for very good reason. Democracy – dēmocratía (“power/rule by the people”) – is a horrible system of government. It is maintained by violence, mob rule, and a pernicious envy – an envy that arises when one of its citizens rises too far above the others, an envy that drives that democracy to rip them down. The rights of the individual are always supplanted by “the will of the people.” It is time we put an end to this misconception about democracy. America is a republic.

Hear that, Joe? The democratic process may exist within a Republic where the individual is sovereign and freely consents to governance through representation. It is that INDIVIDUAL choice, and not mob rule, that is a form of the democratic process – not who or what one chooses.

Leftists always tell you what they are doing and what they are going to do to you – Mass projection! Believe me, we are living in two distinct realities, two worlds, and they have given the pulpit to the ” Angry Elf ” who reads off his lines.

Listen to an excerpt with commentary from this week’s podcast. To listen to the entirety of the podcast ” Angry Elf – When 2 Worlds Collide” – see here.

Mass Projection: Vote Democrat Or You Are a Threat to “Democracy?”