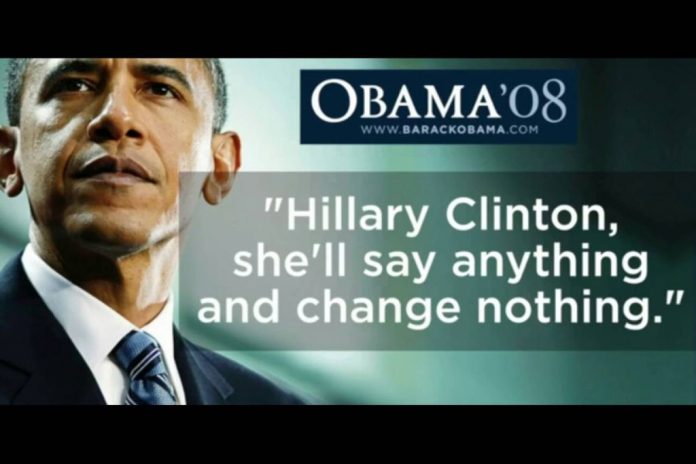 This is a South Carolina radio spot, where a narrator intones, “It’s what’s wrong with politics today.”

“Hillary Clinton will say anything to get elected. Now she’s making false attacks against Barack Obama. The Washington Post says Clinton isn’t telling the truth. She championed NAFTA, even though it has cost South Carolina thousands of jobs. And worst of all, it was Hillary Clinton who voted for George Bush’s war in Iraq. Hillary Clinton. She’ll say anything and change nothing. It’s time to turn the page.”