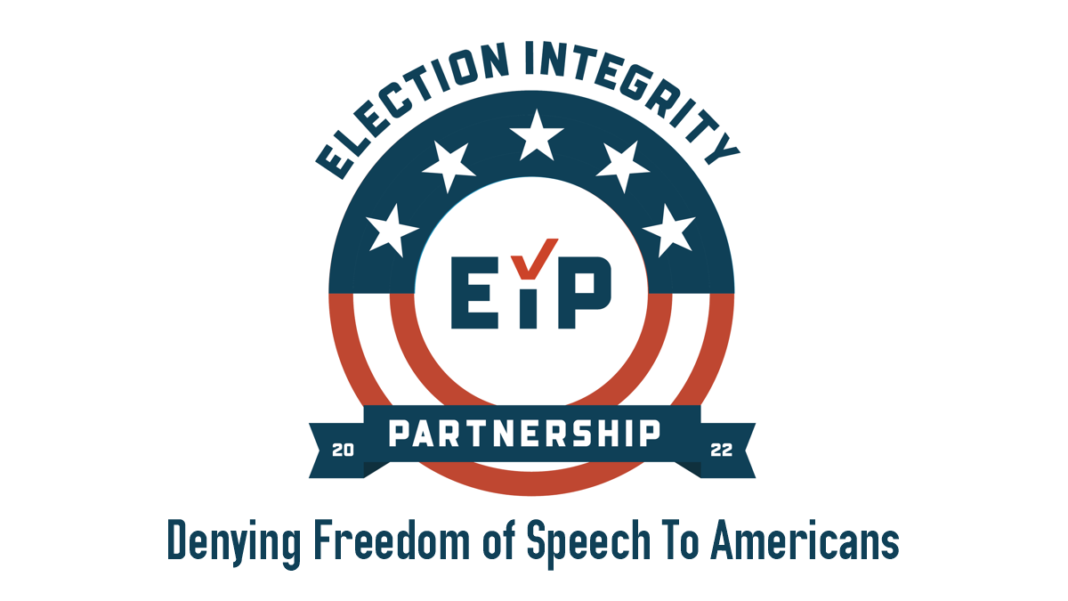 A consortium of four private groups worked with the departments of Homeland Security (DHS) and State to censor massive numbers of social media posts they considered misinformation during the 2020 election, and its members then got rewarded with millions of federal dollars from the Biden administration afterwards, according to interviews and documents obtained by Just the News.

The Election Integrity Partnership is back in action again for the 2022 midterm elections, raising concerns among civil libertarians that a chilling new form of public-private partnership to evade the First Amendment’s prohibition of government censorship may be expanding.

Three liberal groups — the Democratic National Committee, Common Cause and the NAACP — were also empowered like the federal agencies to file tickets seeking censorship of content. A Homeland-funded collaboration, the Elections Infrastructure Information Sharing and Analysis Center, also had access.

In its own after-action report on the 2020 election, the consortium boasted it flagged more than 4,800 URLs — shared nearly 22 million times on Twitter alone — for social media platforms. Their staff worked 12-20 hour shifts from September through mid-November 2020, with “monitoring intensif[ying] significantly” the week before and after Election Day.

The tickets sought removal, throttling and labeling of content that raised questions about mail-in ballot integrity, Arizona’s “Sharpiegate,” and other election integrity issues of concern to conservatives.

By Greg Piper and John Solomon