Speaker of the House Nancy Pelosi (D-Calif.) on Oct. 18 brushed aside calls by a member of her caucus for new leadership.

The comments in question were made by Rep. Elissa Slotkin (D-Mich.), who said during a TV appearance that the party needs “new blood” to lead it moving forward.

“I have been very vocal, including with my own leadership in the House, that we need a new generation. We need new blood, period, across the Democratic Party, in the House, the Senate, and the White House,” Slotkin told NBC’s “Meet the Press.”

“I’ve said I think we need new leaders. I would love to see some Midwestern leaders in there, right? That’s been important to me, is to reflect the middle of the country,” she said. “We’re here too, and I do think new blood is a good thing.”

During a later appearance on MSNBC’s “Andrea Mitchel,” Pelosi acceded the need for some “generational change,” but emphasized the importance of experienced leaders.

“Yes, we need generational change,” Pelosi said. “Of course we do. But in some cases there’s no substitute for experience.”

Asked what she would tell members of her caucus, particularly younger members agitating for a bigger role in the 118th Congress, Pelosi replied, “Win, baby. Just win.”

“If that’s what you have to say to win, fine, and we will not in any way do anything but [be] totally supportive—mobilization-wise, message-wise, money-wise—for those people to win their races,” she added.

Slotkin is only the latest Democrat to push for generational changes in leading the party forward.

Specifically, Spanberger blasted her party for what she called “a failure of House leadership,” after Majority Leader Steny Hoyer (D-Md.) postponed a scheduled vote on a bill that would ban stock trading by members of Congress and their families. The legislation was the newest iteration of a bipartisan push that has ballooned over the past year, and Spanberger indicated that the delay in considering the bill spoke to larger issues with the party’s current leadership. 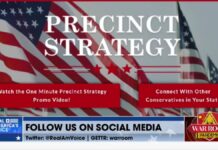 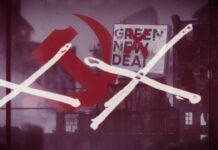