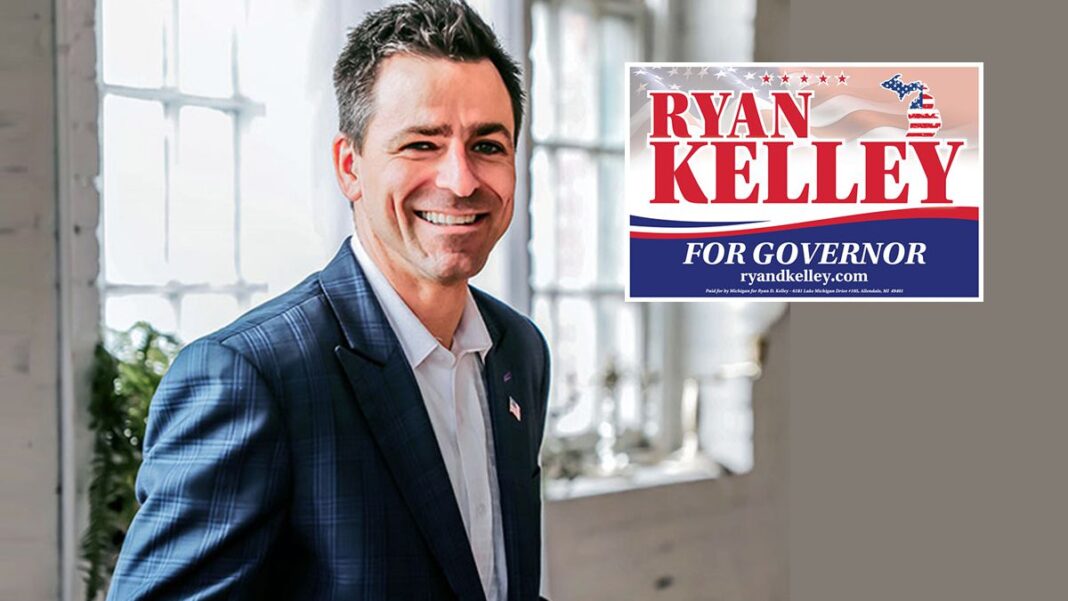 Our state constitution begins with, “All political power is inherent in the people.”  The Declaration of Independence states, “Governments are instituted among men, deriving their just powers from the consent of the governed.”  Michigan First policies put the people of Michigan in power, are in direct alignment with American values, and limit the overreach of the government, thus creating an environment that will fuel freedom and prosperity.

Respect for our Constitution

We will uphold constitutional values with all new proposed legislation and executive orders, and will only sign legislation that is in alignment with our United States and Michigan constitutions.

Likewise, we will seek to identify and eliminate current laws, mandates, orders and regulations, that are not in alignment with our constitutions.

In the Declaration of Independence, Thomas Jefferson wrote, “Governments are instituted among Men, deriving their just Powers from the Consent of the Governed.”

As Americans and Michiganders we have the obligation to secure our voting system, and hold accountable those that violate and corrupt our right to safe, honest, secure, and transparent elections.

Kelley’s Michigan First election policies will seek to create a system that will ensure that every Michigan citizen is confident in the outcome of Michigan’s elections.

As Governor, Ryan Kelley, working with the Legislature & Secretary of State, will seek to:

But that’s just the beginning. Kelley will work tirelessly to ensure that Michigan citizens are confident in our election process and outcomes.

Transparency is the greatest enemy of big government. Can the public have confidence and trust in our government, if that government does not operate with transparency?

According to Sandra Day O’Connor:

“A fundamental premise of American democratic theory is that government exists to serve the people. … Public records are one portal through which the people observe their government, ensuring its accountability, integrity, and equity while minimizing sovereign mischief and malfeasance.”

Kelley’s Michigan First policies will promote transparency and will facilitate a partnership between the State and the State’s citizens.

As Governor, Ryan will:

Transparency will not end here.

Kelley’s administration will work to address other government practices which erode trust and seek solutions to restore confidence,  that the government works for the People.

Our education system has failed us by pursuing indoctrinating practices that have undermined the true purpose of education, dismissed American values, and have led to an epidemic of communistic ideology.

“The function of education is to teach one to think intensively and to think critically. Intelligence plus character – that is the goal of true education.”

Kelley’s Michigan First policies will realign our country’s values with our education system, and will focus on teaching our youth how to think, not what to think.

As Governor, Kelley will seek to implement these policies:

Education advancement will not end here.

Kelley’s administration will relentlessly pursue additional ways to end the indoctrination of our youth and empower our next generation with the absolute best education, giving them hope for a future filled with freedom and prosperity.

In a time where some are advocating for vaccine passports, it is important that we remember the limits of government, when it comes to medical freedom.

Your health is your biggest asset. Only you have the right to make medical decisions for yourself and your family. These decisions are made in consultation with your doctor, and in accordance with your values. You decide the level of risk you want to take for you and your family, based on the science.

Because we are primarily responsible for our health (“my body, my choice”), governments do not have the right to impose mask mandates and forced Covid-19 vaccination.

When there is a health crisis, governments should make decisions based on actual, apolitical science, and should be unafraid to challenge false narratives.

The Fourth Amendment of the Constitution says:

“The right of the people to be secure in their persons, houses, papers, and effects, against unreasonable searches and seizures, shall not be violated.”

Therefore, the very idea of a vaccine passport is unconstitutional.

“It’s completely unacceptable for either the government or the private sector to impose upon you the requirement that you show proof of vaccine to just simply be able to participate in normal society.”

We must fight the normalization of the government infringing upon our basic human rights.

As Governor, Kelley will advocate for, and sign into law, legislation that upholds the principles of medical freedom. There will be:

Ryan Kelley will fight to protect the medical rights of Michiganders.

Life, Liberty, and the Pursuit of Happiness is the American Dream. People have the God-given right to make a living and provide for their families. Everyone is essential. Pursuing the American Dream encourages people to become the best versions of themselves and live a life worth living.

Michigan First policies will seek to encourage the American Dream in every person, encourage freedom and prosperity, and will build an environment where small businesses can thrive.

As Governor, Ryan will advocate for, and encourage, legislation that promotes economic strength & prosperity, put the people of Michigan first, and promote the American Dream of Life, Liberty, and the Pursuit of Happiness.  Ryan’s Michigan First polices will:

In the summer of 2020, we watched in horror, as Antifa and BLM terrorized America’s cities and suburbs, while governors and mayors did nothing. That year we had record sales of firearms as Americans of all stripes began to understand the importance of the Second Amendment.

This would have been a good time for our senators and representatives to pass laws easing restrictions on gun ownership, but they let the opportunity go to waste.

The Federal government continues to seek to pass more and more legislation limiting gun rights and passing stricter licensing and more regulations on the firearms industry.

The Second Amendment to the U.S. Constitution is clear:

“A well-regulated Militia, being necessary to the security of a free State, the right of the people to keep and bear Arms shall not be infringed.”

No Federal or State Government can infringe upon that right.

AS GOVERNOR, I WILL PROTECT YOUR SECOND AMENDMENT RIGHTS.

Our rights are given to us by God, and it is the Constitution’s job to protect those rights.

The Second Amendment, Article I, § 6 of the Constitution of the State of Michigan provides that “[e]very person has a right to keep and bear arms for the defense of himself and the state.”

Lately, the Federal Government has been trying to pass more rigid gun laws. As Governor, I will not allow Federal overreach in Michigan.

The powers not delegated to the United States by the Constitution, nor prohibited by it to the States, are reserved to the States respectively, or to the people.

My Michigan First policies will put the power in the hands of the people, by upholding the God-given right to keep and bear arms.

As Governor, I promise to protect our Second Amendment in Michigan and vigorously defend our gun rights as stated in the U.S. and State Constitutions.

Constitutional carry, also called “permitless carry” allows someone to carry a “concealed” weapon without a license or permit.

Michigan is currently an open carry state, but you need a license or permit in order to carry a concealed weapon.

As your 50th Governor, I promise to work with the legislature to sign legislation making constitutional carry the law of the State – no restrictions.

I AM AGAINST RED FLAG LAWS

I’ve been asked recently what I think about Red Flag laws. Red Flag legislation laws allow police to temporarily confiscate firearms from people a judge has determined pose an immediate danger to themselves or others.

In the age of “cancel culture,” this type of legislation can obviously be used to persecute political opponents. Someone who wants to cancel you can just call in a false report and a psychologist can be pressured to write a false diagnosis.

I oppose ALL Red Flag legislation.

Because I am such a strong supporter of the 2nd amendment, my administration will look for ways to encourage firearm and ammunition manufacturers to establish operations in Michigan.

This will boost Michigan’s economy tremendously!

As your 50th governor, rest assured, I won’t let anyone infringe upon your second amendment rights!

Science and data prove that a new life, a new body, and a new strain of DNA begins at conception.

Life, liberty, and the pursuit of happiness is endowed to each individual, including unborn human lives.

Other Principles Michigan First Policies Will Focus On

We will be developing Michigan First policies to address the following issues. Please check back frequently for updates.

Ryan has lived in West Michigan for 35 years.  He now resides in Allendale with his wife and 5 beautiful children.

As a real estate broker, who owns his own firm, Ryan is a small business owner serving clients across Michigan.   Ryan graduated from Jenison High School in 1999.  He attended Grand Rapids Community College and worked on a degree in Electronics Engineering  before starting to work for the CWA (Communication Workers of America) union at Ameritech, which later became SBC and now AT&T.

Leaving AT&T in 2011 for an entrepreneurial life, Ryan owned and built a real estate investment firm.  In the mid 2010’s, Ryan partnered to build a franchise company, and while serving as COO, navigated complex legal contracts and disclosures. Later, as CEO,  he developed custom proprietary software and facilitated office openings in multiple states, while leading large teams to success.

Family life has always been the foundation of Ryan’s life and in 2019, their family traveled from coast to coast, living in their RV for 5 months, enjoying all the beauty America has to offer.  Moving back to West Michigan and settling in Allendale in September of 2019, Ryan opened up his current real estate firm, and was appointed to the Allendale Township Planning Commission.

As 2020 began, and the coronavirus topic began to invade every aspect of our lives, Ryan quickly became a voice of freedom, hope and reason for the state of Michigan.  Ryan led large rallies protesting the statewide lockdowns and mandates at the Capitol in Lansing and in Grand Rapids. The rally on April 30 th of 2020 in Lansing, organized by Ryan and one of his colleagues, was to encourage the state legislators not to extend the emergency powers of the governor beyond the specified time limit. This event inspired other frustrated Americans around the country to protest lockdowns in many states.  Ryan and his colleague also organized a Nationwide Freedom March which took place on October 24th with residents of  51 cities in 26 states participating in some capacity.

Standing strong for American values and American history, is what Ryan is all about. During the riots which occurred across the United States in the summer of  2020, while exercising his 2nd Amendment rights, he guarded a Civil War Statue in his hometown of Allendale as it was threatened to be taken down by BLM and Antifa. The statue is still standing there today.

Being a courageous voice for conservative values came with a price, as cancel culture quickly descended on Ryan, his family, business and township appointment.  However, he would not back down and stood strong against their threats and intimidation tactics.

Fighting for American values, our constitution, election integrity and a free Michigan for future generations, Ryan is now running for Governor of Michigan. 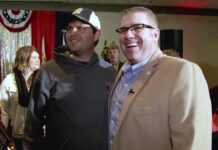 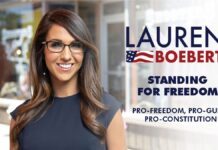 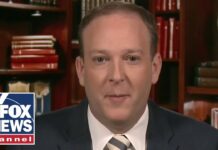